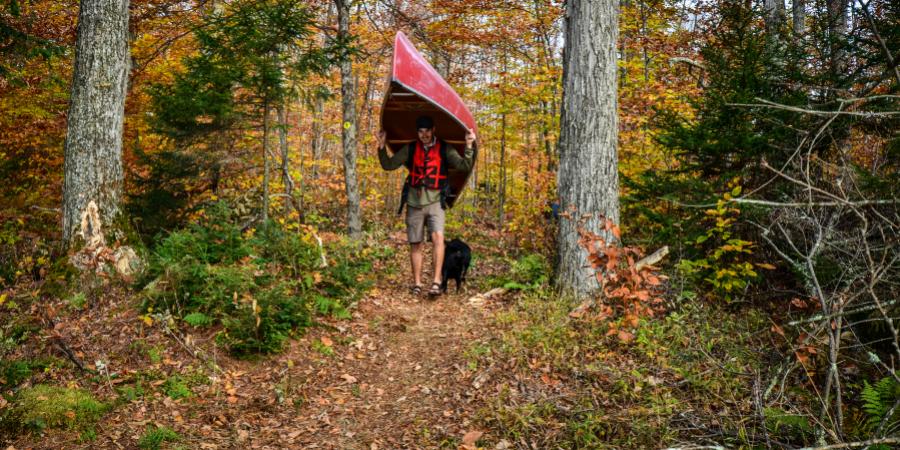 I love trail running, especially to beautiful Adirondack mountain peaks. This past summer I was able to climb 38 mountains new to me, many well off the beaten path. The forest characteristics of each was unique, and each new trail had its own distinctive flora and fauna. But every climb had one thing in common: trash. On every climb I picked up someone else’s trash, no matter how remote or obscure the peak. I imagine that some of it, such as banana peels or partially buried toilet paper, wouldn’t be considered lasting trash by some. It is not a new experience for me to pick up trash on outdoor trips, but this summer I gave it more thought. How and why does trash end up on the trail, and what is going through someone’s mind when they choose to leave it there? Is it woeful disregard for a trash-free landscape? Apathy? Perhaps a backpack that is only partially closed? 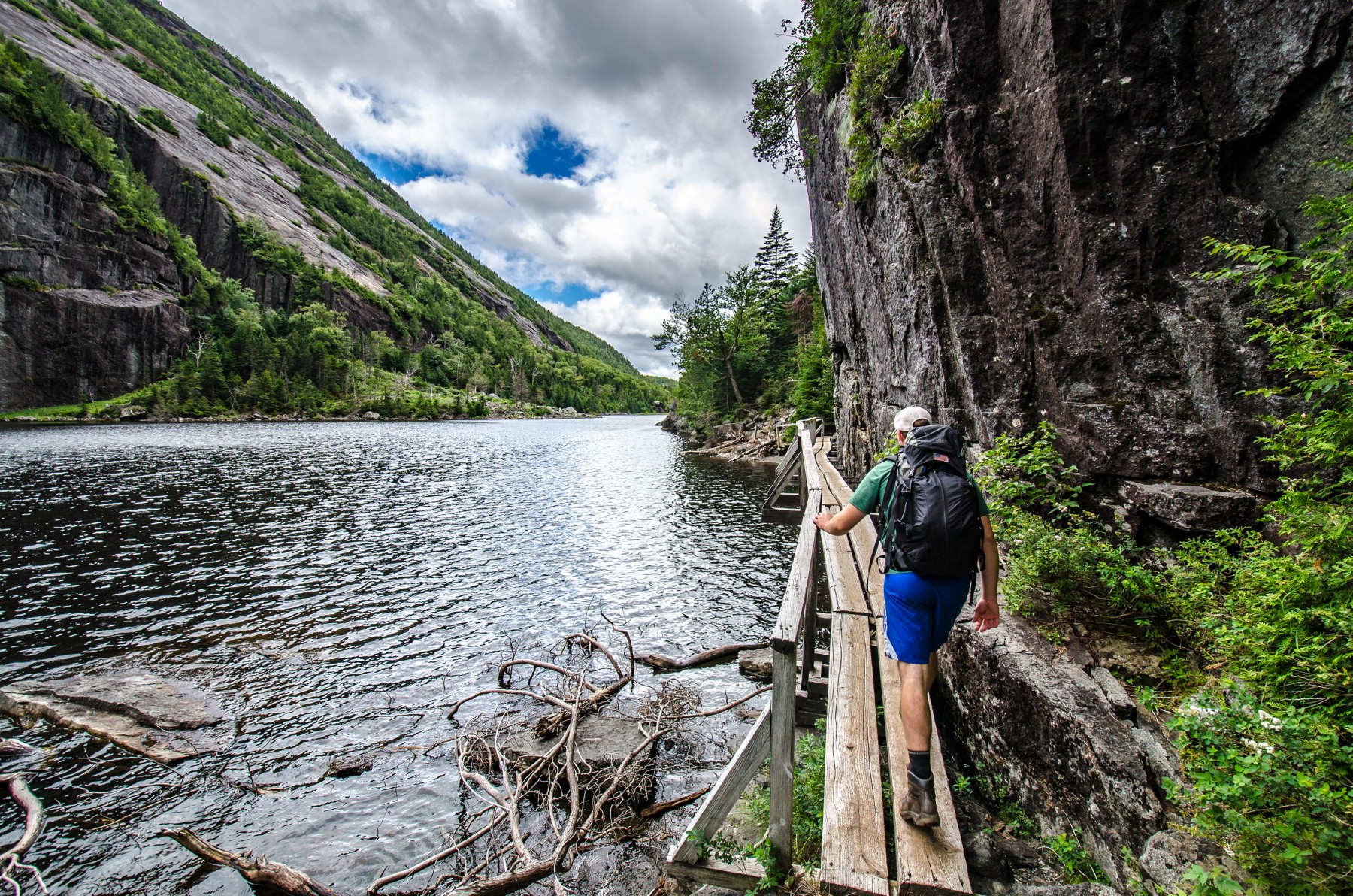 To answer this question, I asked my ever-forthcoming Facebook community. I received over 50 stories of garbage, poop, and general disregard for the “natural” state of the natural world. Two themes surfaced: anger and ignorance. Many people seemed angry about witnessing others leave trash behind, angry about having to clean up after them, angry about running into someone relieving themselves on the trail. This anger is relatable, especially when you care deeply about wild places in the Adirondacks. Ignorance, though, also surfaced. Several people shared with me their own stories about “just not knowing any better.” Toilet paper left on the forest floor degrades in a few weeks, right? Apple cores are biodegradable, so why does it matter if I throw them in the woods? 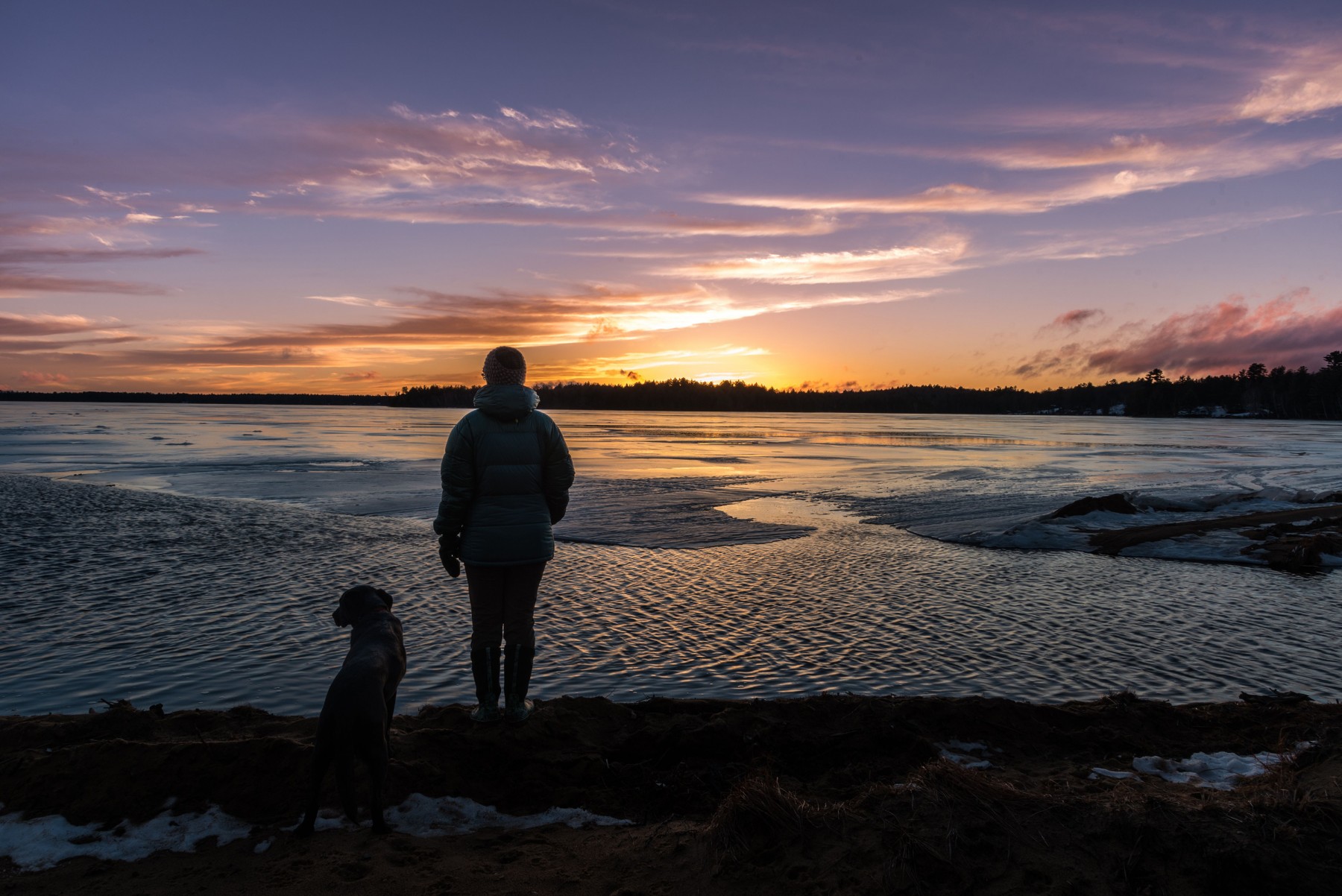 As I read story after story, I pondered our stewardship role as we enjoy wild places and come into contact with those degrading them. How do we communicate with these folks? Anger is a secondary emotion that masks something else. Is that deeper emotion disappointment? Sadness? Guilt that arises from personal behavior in the past? How do we harness these emotions as a force for change? How do we communicate in a way that makes a difference? I think the answer lies in each of our abilities to share our personal “land ethic” with those around us. I sincerely believe that most people pollute the recreational places we love out of ignorance, rather than woeful disregard. 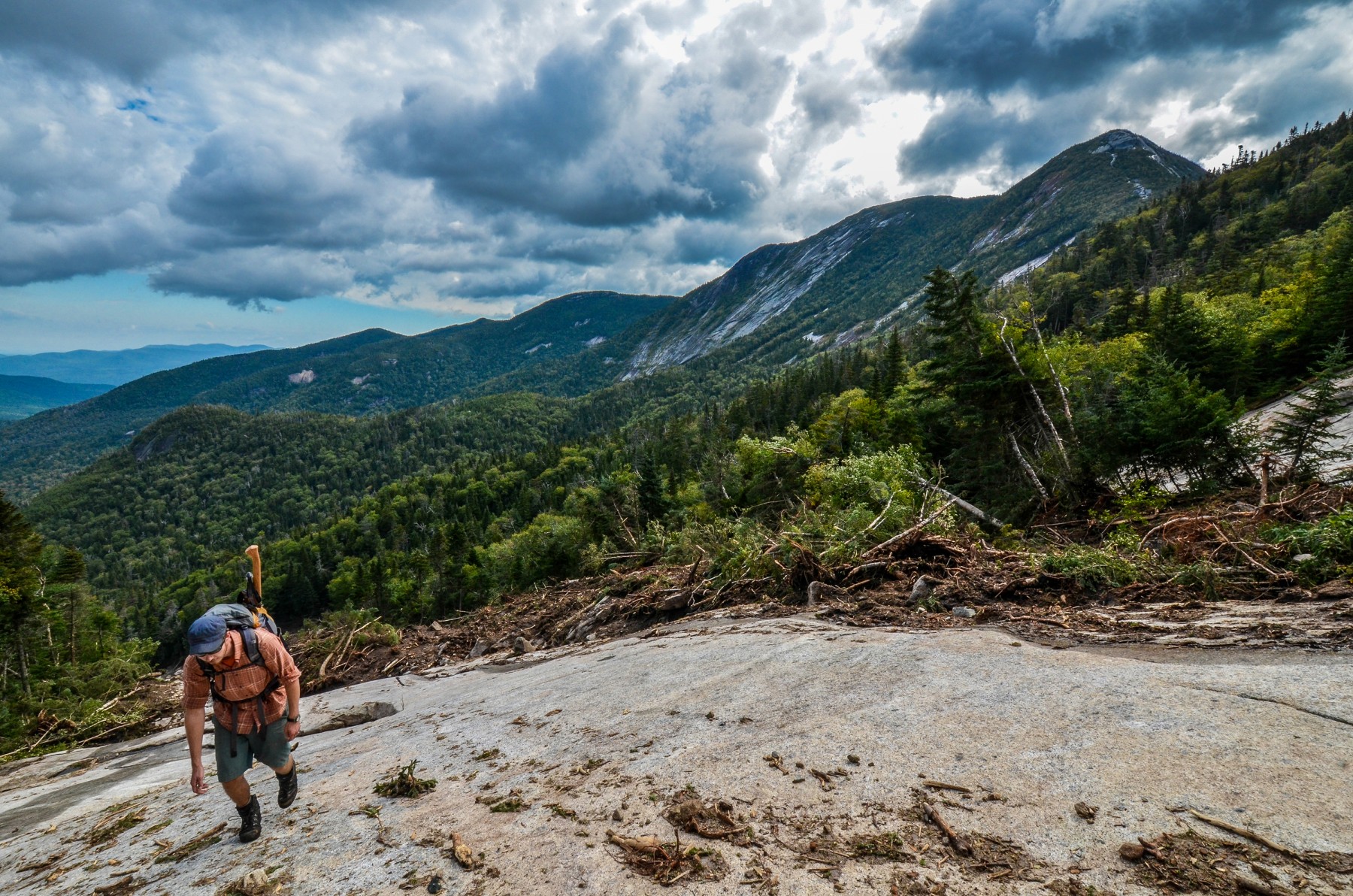 In his timeless classic A Sand County Almanac, the great conservationist Aldo Leopold describes a land ethic as giving the “soils, waters, plants, and animals” the right to “continued existence, and, at least in spots, their continued existence in a natural state.” He urges his fellow humans to change their roles from conquerors of the land-community to respectful members and citizens of it. To make it personal, I may feel pride at “conquering” the 46 High Peaks, but I’m still a member of the greater biotic community that makes these mountains special. If we do not protect their rights, who will? 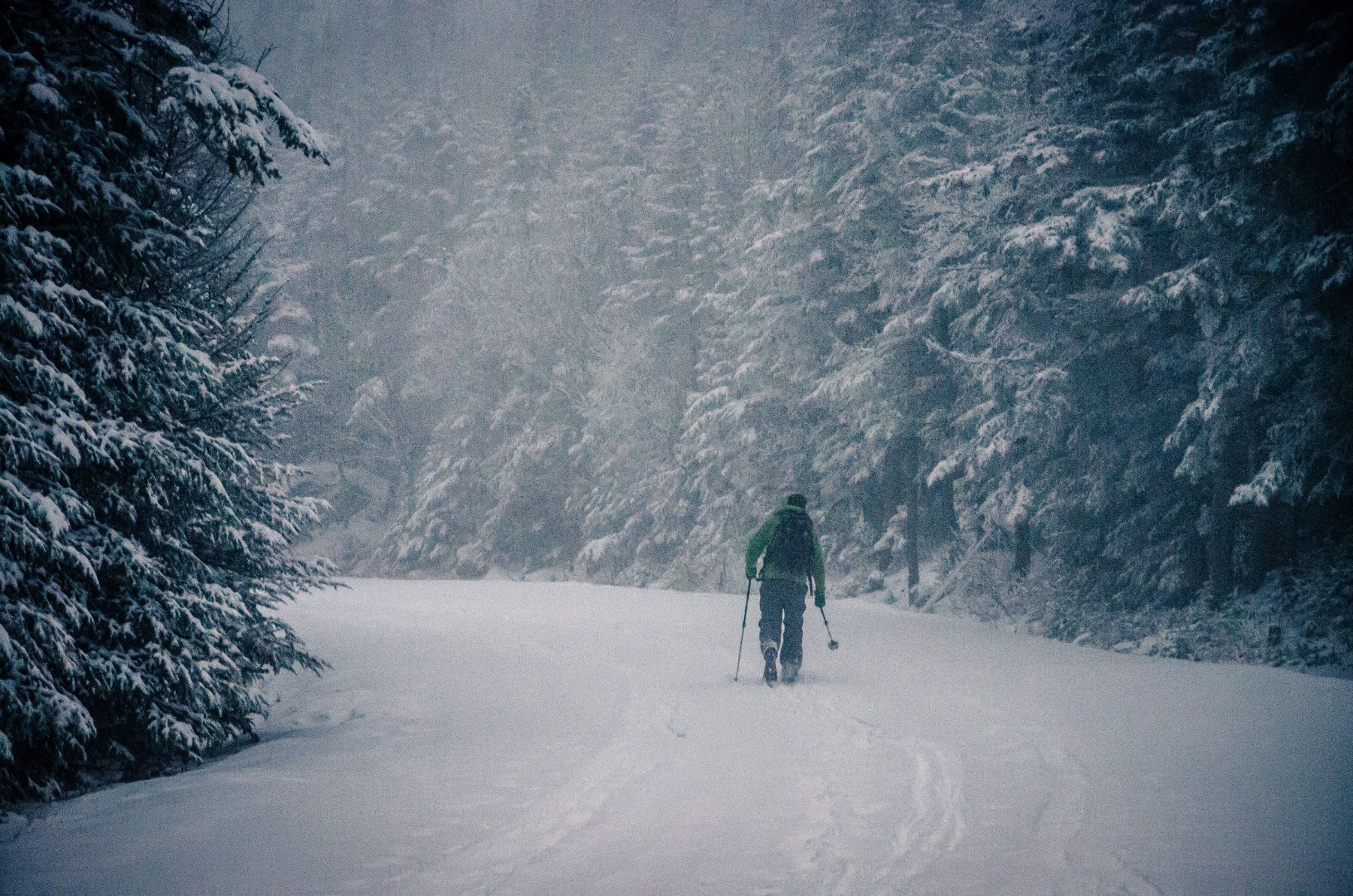 Most of us recognize that throwing orange peels on the trail and leaving toilet paper on the ground does not leave the Adirondack ecosystem in its natural state. But how do we communicate that to less experienced outdoor recreationists? The answer, I believe, is to help people understand how their actions affect the areas they care about. The next time you’re hiking that special trail or paddling that glassy pond and see someone do something less than ideal, put your anger aside and give that person the benefit of the doubt. Remind them what a beautiful resource we have here and how lucky we all are to experience it together. Then, as a fellow recreationist, share with them the lessons you’ve learned over the years to keep this resource from being loved to death. Once outdoor enthusiasts develop their own land ethics, they’re far more likely to pass them along to friends, family, and the next generation of Adirondack stewards. 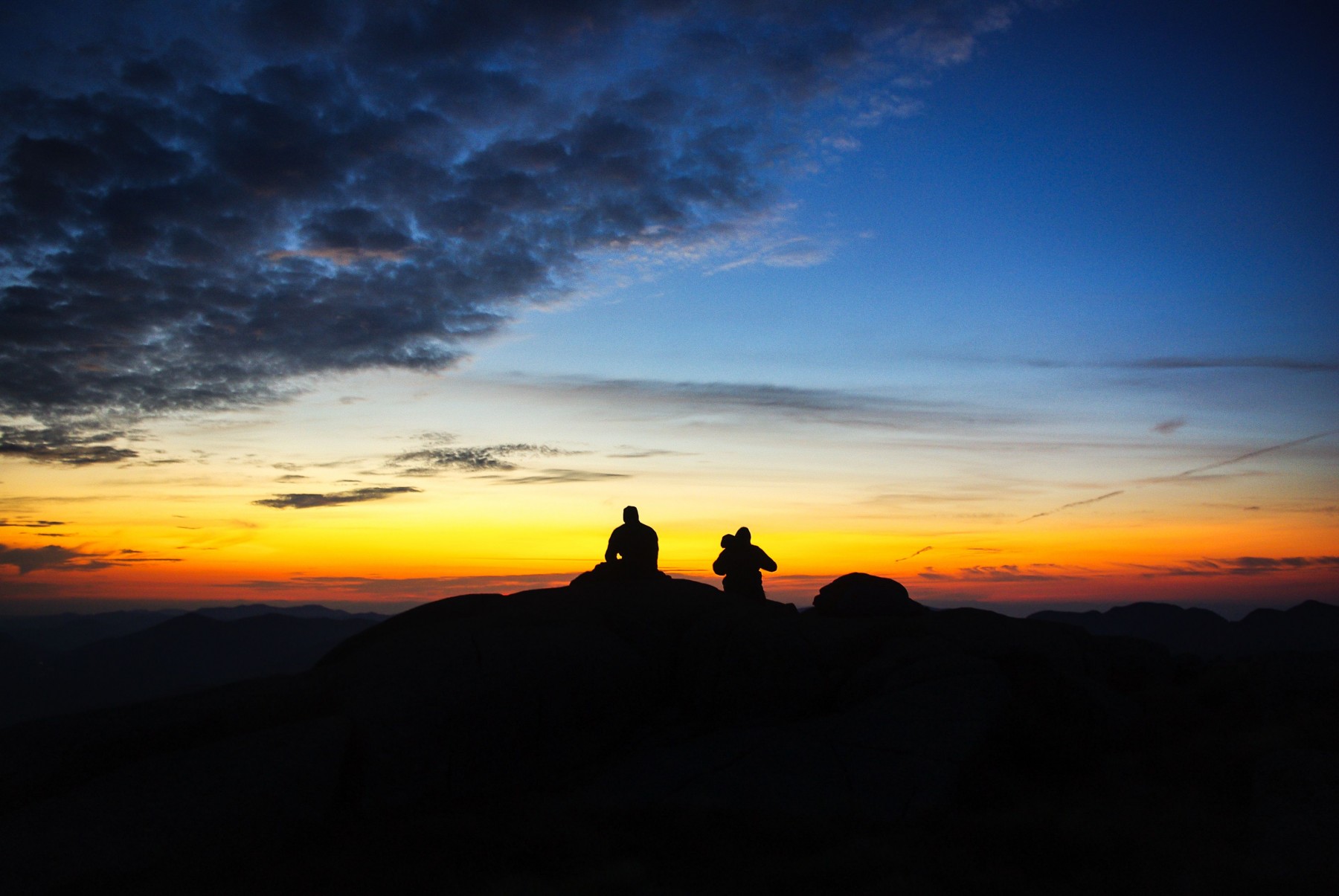 These conversations don’t always go as planned, and people are not always receptive. But there are small victories. My own came late this past summer, when I was sitting on a picturesque mountaintop. I overheard a couple of hikers chatting about this year’s prolific chipmunk population and how much they enjoyed seeing these cute critters scampering around. One hiker was munching an orange and, when he was done, proceeded to throw the peel off the edge of a small overlook into the forest below. I mentioned how much I, too, enjoyed seeing so many chipmunks this summer, even if some gardeners were less than thrilled. I then said, “For what it’s worth, an orange peel can take up to two years to decompose on the forest floor. I’m not sure if chipmunks would eat an orange peel, but I imagine some other animal would, and here in the Adirondacks it’s likely not in their natural diet. I used to do the same thing but don’t want to anger the chipmunk gods anymore.” Corny? Yes. But he laughed, and his subsequent response stuck with me: “That’d be the worst. But hey, good point. I’d never thought about animals eating my food scraps.” He left it at that. Did he climb down and pick up his orange peel? No. Ideally, he gives it more thought next time and passes along that knowledge to another hiker. Hopefully, by spreading our own land ethics in kindness, we will inspire others to be responsible stewards of our wild places.