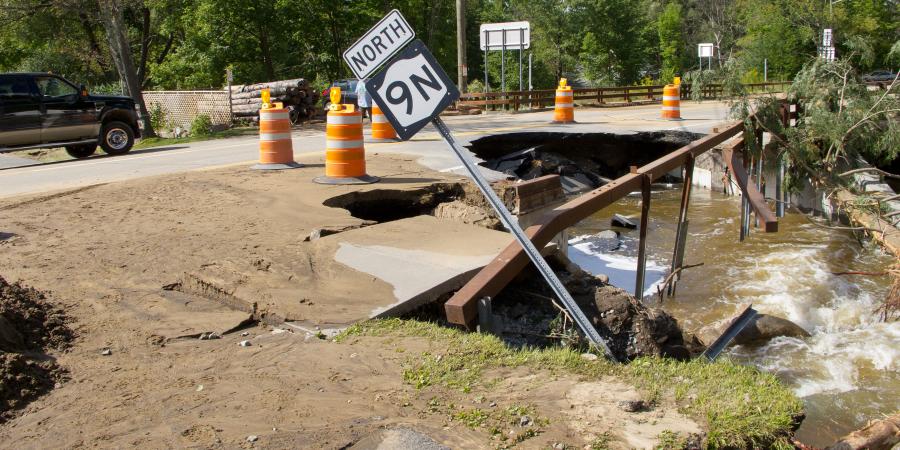 AsRA works to address the variety of threats facing the river, lakes, and watershed.

"The basin could receive as much as 10–15% (ca. 4–6 inches) more precipitation in an average year, with heavy storm events becoming more frequent."

- Climate Change in the Champlain Basin

Climate change is a threat to all ecosystems and communities on the planet. The Ausable River watershed will likely fare well compared to other parts of the world, but there will be challenges. By the end of the 21st century, mean annual temperatures may increase by up to 11°F, precipitation may increase by 4-6 inches per year, and severe storm events will become more frequent. We will also see a decrease in winter snowpack, with more winter preciptation occuring as rain rather than snow. Of particular concern is the frequency and severity of severe storm events. The devastation experienced in August 2011, when Tropical Storm Irene deposited an unprecedented amount of rain on the watershed, may foreshadow what is to come if climate change is not mitigated and we do not adapt.

AsRA's response to a changing climate is one of adaptation. We focus on natural stream restoration, which restores hydrologic function to a river or stream, putting it back in balance. These restoration efforts help mitigate future flooding and storm damage by establishing riparian buffers and stabilizing collapsing banks. We also work with town, county, and state agencies, along with other non-profits, to build climate-friendly infrastructure. Such infrastructure projects reduce the risk of flooding by taking into account the natural  hydrological processes of the river. They also require less maintenance over the life of the structure.  Additionally, they have the benefit of allowing fish and other animals to freely pass under our roadways, reconnecting miles of upstream habitat.

What You Can Do