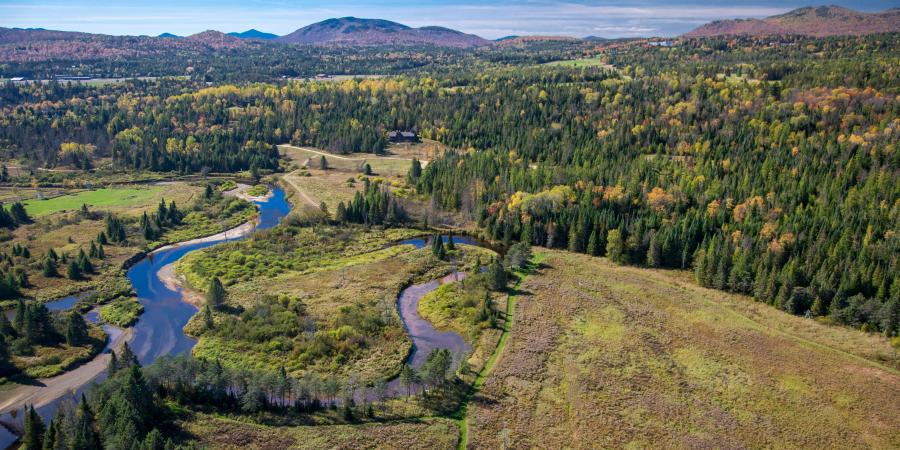 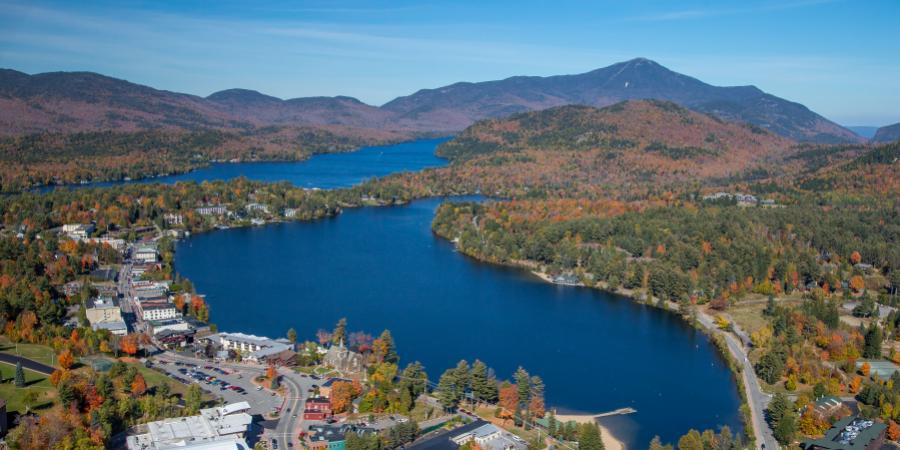 Get to know the magnificent Ausable River watershed.

"A watershed is an ecological community defined by the shape of the land and the flow of fresh water to a common point. Natural topography defines the boundaries of a watershed by directing flow downslope. Water moves soils and sediments forming streams, ponds, wetlands, lakes, and floodplains, nurturing forests and fields, and creating interconnected land and water habitats for a diversity of plants and animals, and for human communities."

Make a Difference
Your Support = Solutions!

Situated in northeastern New York State, the Ausable River watershed covers 512 square miles, includes 94 miles of river channel, and is fed by more than 70 streams, including its two major tributaries, the Chubb River and Black Brook. Seven towns, eight hamlets, and one incorporated village are located in the watershed, which covers portions of two counties. Except for a small area at the river's mouth on Lake Champlain, the entire watershed is located within the boundaries of the six-million-acre Adirondack Park.

The river includes three major sections: the East Branch, the West Branch, and the Main Stem. The headwaters of the East and West Branches are nestled some 4,000 feet above sea level in the High Peaks of the Adirondack Mountains, on the southeast and northwest shoulders, respectively, of Mount Marcy, the state's highest peak. The East and West Branches might be seen as two separate rivers, until they join forces at Au Sable Forks. Like their source tributaries, they traverse mountainous terrain to meet in this hamlet that was the focus of local industry for a century and a half. Their confluence has many features of a river mouth, including considerable sediment deposition. From there, the river's Main Stem meanders through gently sloping lowlands before tumbling through the spectacular bedrock gorge of Ausable Chasm and entering Lake Champlain 100 feet above sea level. This rapid descent from its headwaters to the lake makes the Ausable the second steepest river in New York State—second only to its shorter neighbor to the southeast, the Boquet, which also drains the High Peaks into Lake Champlain. At its mouth, the Ausable forms a sandy delta that led French explorers to name it the "sandy river," or "river of sand." From Lake Champlain, its waters drain into the Richelieu River, joining the Saint Lawrence and flowing northeast into the Atlantic Ocean.

The watershed contains many ecologically rich environments with vibrant human histories. Home to over 20,000 people, it is largely rural in character with its population concentrated in small communities in the downstream portions of the river. Upstream, the Ausable's two branches flow through protected forestlands that are part of the New York State Forest Preserve. For over 200 years, people have relied on the river as an economic resource even as they have valued its wild beauty and recreational value. But our reliance on the river has taken its toll on the river's structure and sustainability. What may seem to casual viewers a pristine river without industry is still shaped by the legacy of past industrial activity. So is local infrastructure. Settlements hug the river and often sit in or block its access to the floodplain, as do many roads. As a consequence, the management tools used to maintain roads, to plan residential development, and to deal with stormwater and wastewater, all have direct impacts on the river.

But just as human activity creates challenges for the Ausable's sustainability, your actions can help protect the watershed you live, work, and play in. Throughout this website we'll detail the challenges facing the river and watershed and show you the pathways to restoring the river's balance, protecting its water quality, and ensuring the river remains the vibrant center of our regional economy.

Our mission — is to help communities protect our streams and lakes.