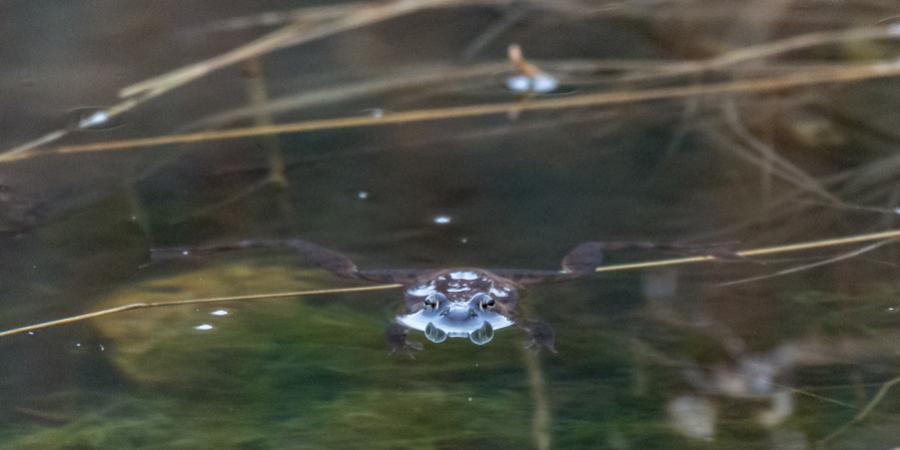 The Songs of Frogs

The Ausable watershed is home to a diverse array of amphibians, and though they are always around, they make their presence known through song in spring and early summer.

Amphibians include frogs, toads, and salamanders, and though they may not be thought of as terrestrial animals, many spend most of their adult lives in the woods and on waterway edges. They utilize water for mating, egg laying, and growing. In spring, on wet rainy nights, they are on the move in large numbers migrating to vernal pools, ponds, and streams all to mate and reproduce. Several species share the same breeding areas so it is important for them to be able to find each other at these popular pools. Different species time their mating seasons so they do not overlap. Spring peepers face an additional challenge, they rely on vernal pools so must time their mating before the pools dry up. However, it is each species distinctive songs that are essential to finding a mate.

Here in the Ausable watershed, there is a predictable season of frog calls, starting with spring peepers, and followed then by wood frogs. Soon after, American toads join the chorus along with leopard frogs and pickerel frogs. You're likely also hearing bullfrog, green frog, and gray treefrog. Last but not least are the mink frogs, which are a boreal species at the southern edge of their range here in the Adirondacks.

Toads and tree frogs vocalize by expanding an air sac in their throats like a balloon, whereas other frogs have air sacs between their eyes and ears that inflate. Others, like cricket frogs and bullfrogs use their throats but they don't expand like a balloon.

Frog calls are all very distinctive and with a little practice, they can be easy to identify. Take some time to learn them below and you'll know who is sharing the pond in the evenings, singing on after the birds have gone to rest for the night.

First, spring peepers (Pseudacris crucifer). Many of you know this frog call, but may have never seen one. These tiny frogs are between 1 and 1.5 inches and are in the treefrog family; their toes have small suction cups to cling to trees, branches, and grass blades. Their call is a high short trill. Listen here! 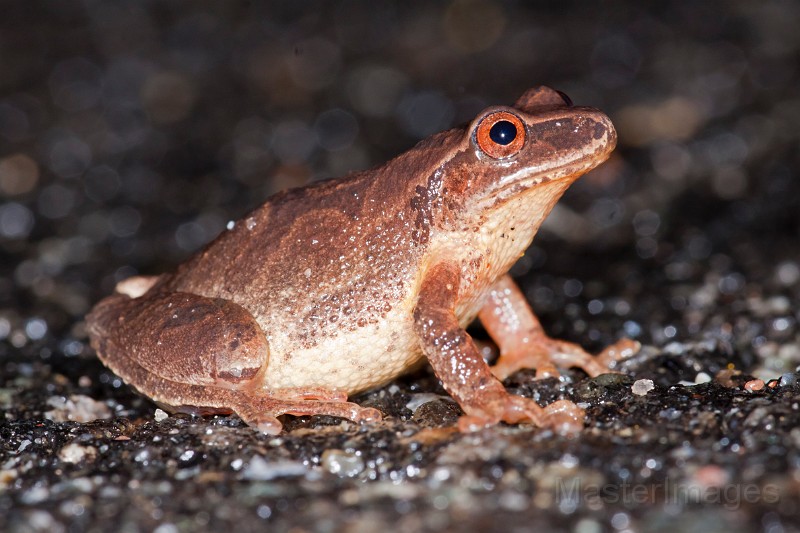 Wood frog (Lithobates sylvaticus) are forest floor dwelling frogs with a black Zorro mask on their eyes. Their call has been described as duck-like or a series of quacks. 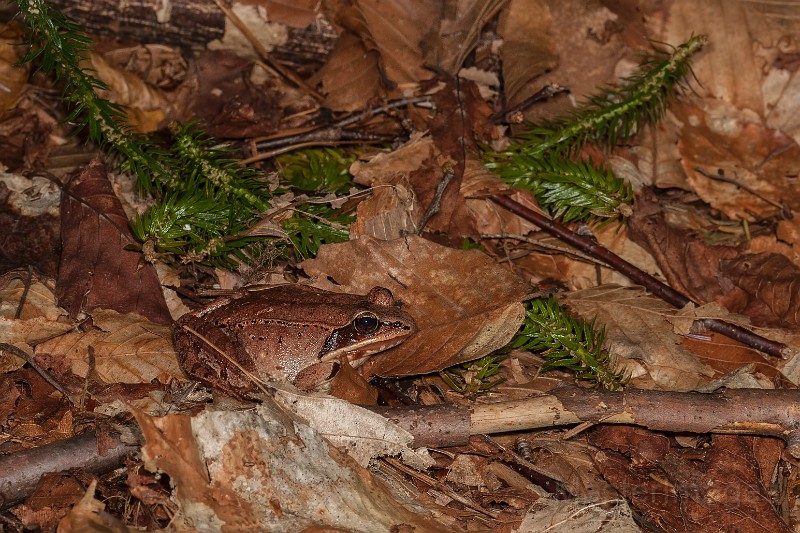 American toads (Anaxyrus americanus) are widespread and the adults are completely terrestrial. Their musical call is long pleasant trill. 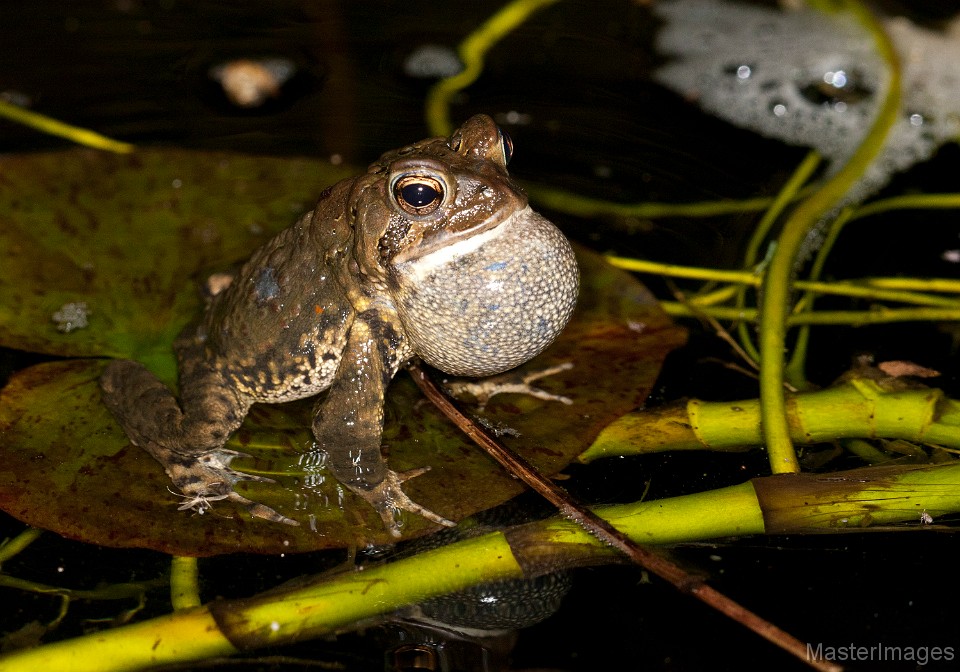 Northern leopard frogs (Lithobates pipiens) have a call that has been compared to a long drawn out snore! 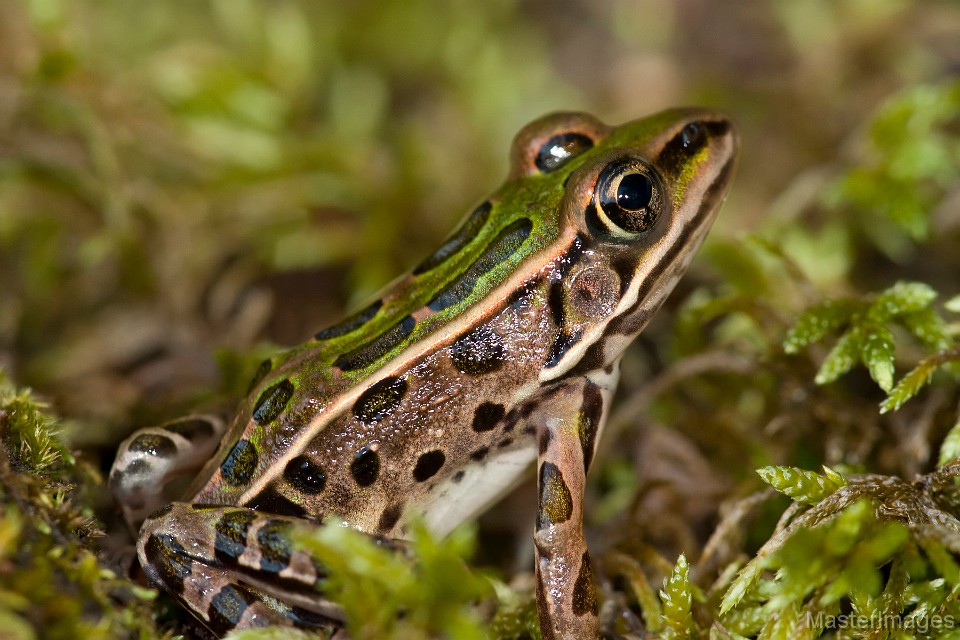 And pickerel frogs (Rana palustris), who avoid predation by frog eating snakes by having toxic skin, snore as well! Their snore, lasting only two seconds or so is shorter than the northern leopard frog. 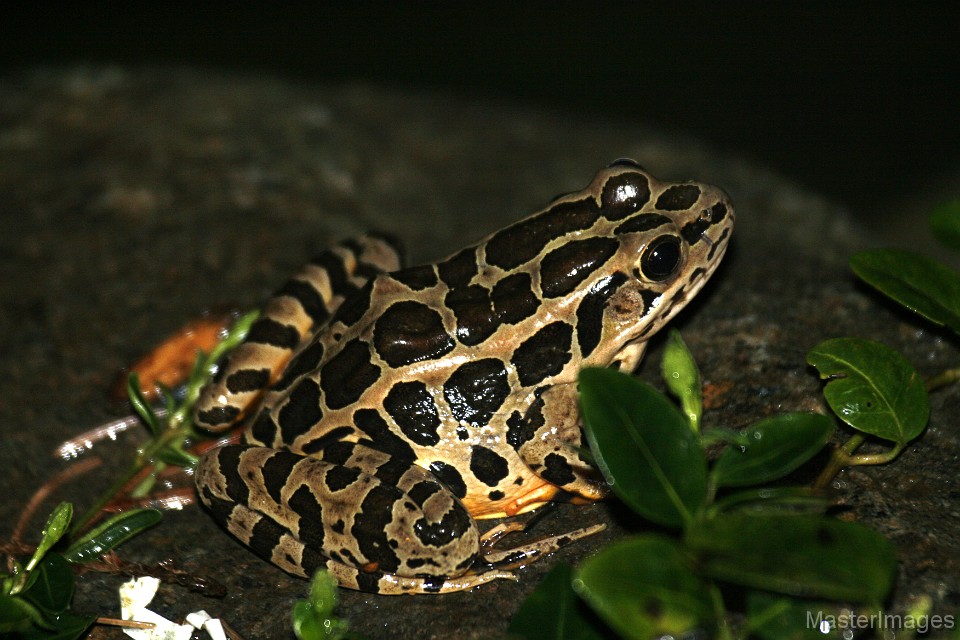 Bullfrog (Lithobates catesbeianus) have a resonant call and the series of notes sounds like rumm, rumm, jug o' rum. 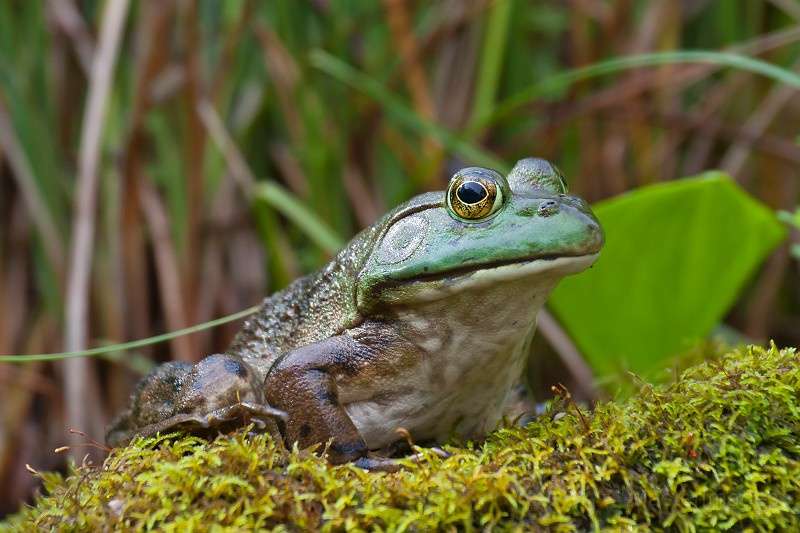 The calls of Green Frogs (Lithobates clamitans) have been compared to a banjo twang, consisting of a single note, and can be heard throughout the summer. 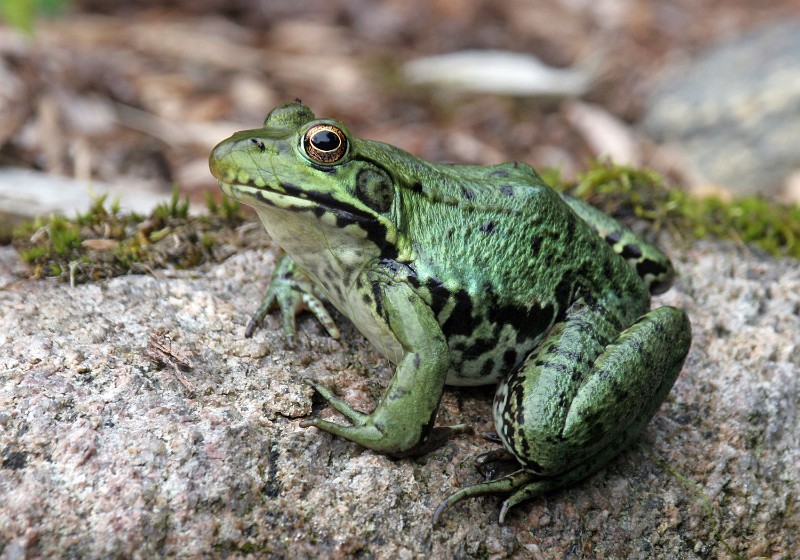 Gray treefrogs (Hyla versicolor) are quite noisy right now. They call with short fast trills that are repeated every few seconds. They also make chirp calls. 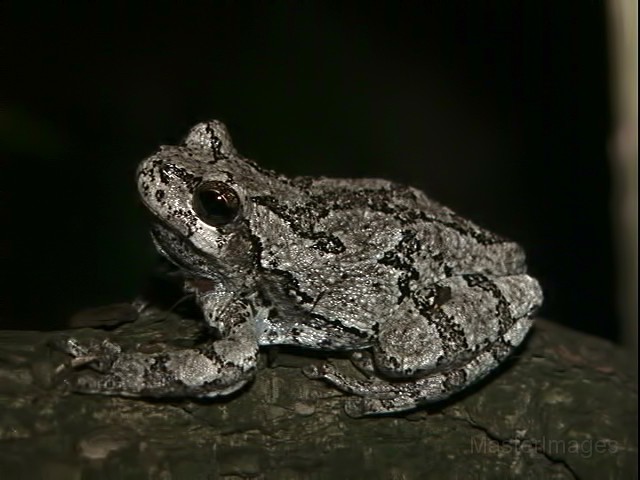 Finally, mink frogs (Lithobates septentrionalis) are mostly aquatic, and are named mink frogs for their musky smell. Their song is like four quick knocks, or cut-cut-cut-cut. 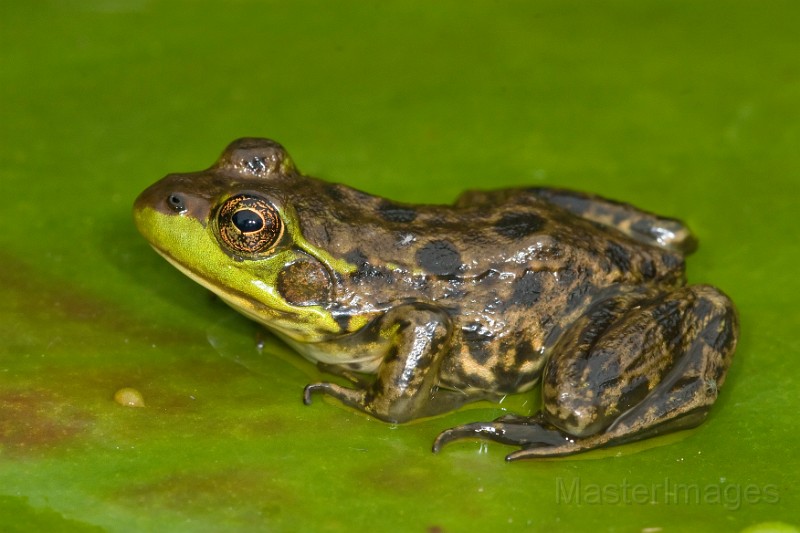 The songs of frogs mean spring to many of us who live near wetland areas. Enjoy listening!

For more frog calls, and to test your skills with frog call quizzes, visit: https://www.umesc.usgs.gov/terrestrial/amphibians/armi/frog_calls.html or https://www.pwrc.usgs.gov/Frogquiz/index.cfm?fuseaction=publicQuiz.Start...

The excellent frog photos are from Larry Master, used with permission. For more of Larry's photos, visit www.masterimages.org