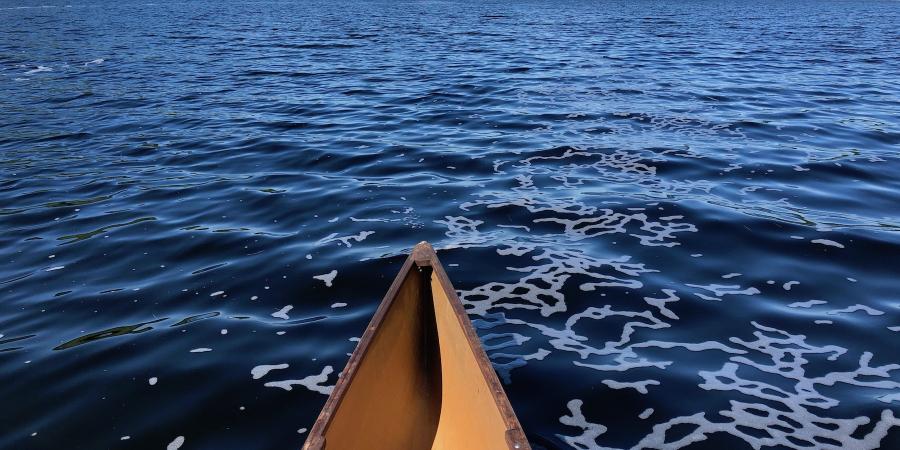 What causes parallel lines of bubbles to form on lakes?

Langmuir circulation, also known as Langmuir spirals, causes horizontal lines of bubbles or foam to form on the surface of lakes. Under the right wind conditions, the combination of wave action and shear stress causes spiraling horizontal currents to form near the lake surface. Adjacent cells rotate counter to one another, creating alternating areas of upwelling and downwelling. Air bubbles and other debris get caught in the downwelling areas, forming long lines that run parallel to the direction of the prevailing winds.

Langmuir circulation was first observed by Irving Langmuir in 1927. As he sailed the Sargasso Sea in the North Atlantic, he noticed parallel windrows of sargassum floating on the surface of the sea. In 1938 he described what was letter named Langmuir circulation in a paper published in Science titled Surface motion of water induced by wind. Langmuir was an American-born chemist and physicist that was recognized with a Nobel Prize in Chemistry in 1932 for his work on surface chemistry.

The exact mechanisms that lead to Langmuir circulation have taken decades to tease apart and at times are still subject to scientific debate. It appears as though a specific combination of wind and wave action is necessary to generate these circulation patterns. Sheer stress between the wind and water surface, combined with wave action, combine to generate organized helical circulation patterns. Circulation cells run parallel to the direction of the wind or us much as 20° off-axis. Each cell counter rotates relative to the adjacent cells, in other words, the cells alternate between clockwise and counter-clockwise rotation. 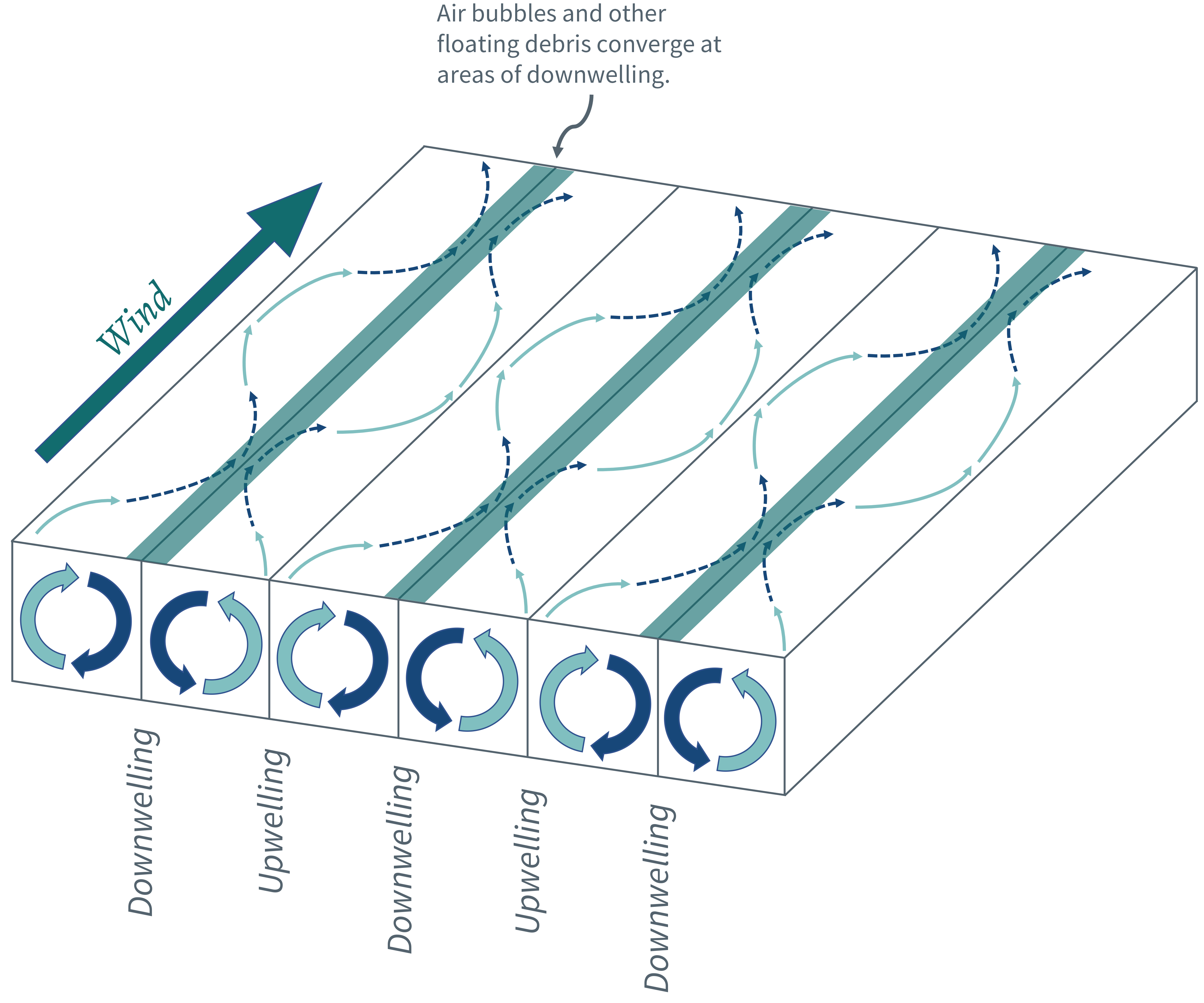 The alternating direction of rotation in adjacent cells creates areas of upwelling and downwelling. The parallel bubbles seen on the surface are found at areas of downwelling or convergence. Air bubbles, floating plant material - such as the sargassum Langmuir observed in 1927, and other debris gets caught in the downwelling currents. In Lake George, New York, Langmuir documented the currents in great detail, finding that the downwelling currents are about three times the velocity of the upwelling currents. This has important implications for the distribution of non-mobile aquatic life forms, such as certain phytoplankton and zooplankton.

Langmuir circulation can occur whenever wind and wave conditions are right, but you won’t always see the telltale bubble lines. They will most often be seen with wind speeds of 4.5 to 7 miles per hour. The bubbles tend to get broken up at higher wind speeds, especially above 15 mph.

When on particularly large waterbodies or oceans, these circulation patterns can create temporary conditions that will attract much larger marine life such as large fish, whales, sharks, and birds as they feed on the smaller organisms caught in the currents. And the long parallel lines of bubbles can help recreational boaters understand the direction of prevailing winds.

Next time you are out on a lake on a windy day look for signs of Langmuir spirals. If you see them, it’s a great opportunity to share with your family and friends the physics of our beautiful lakes.