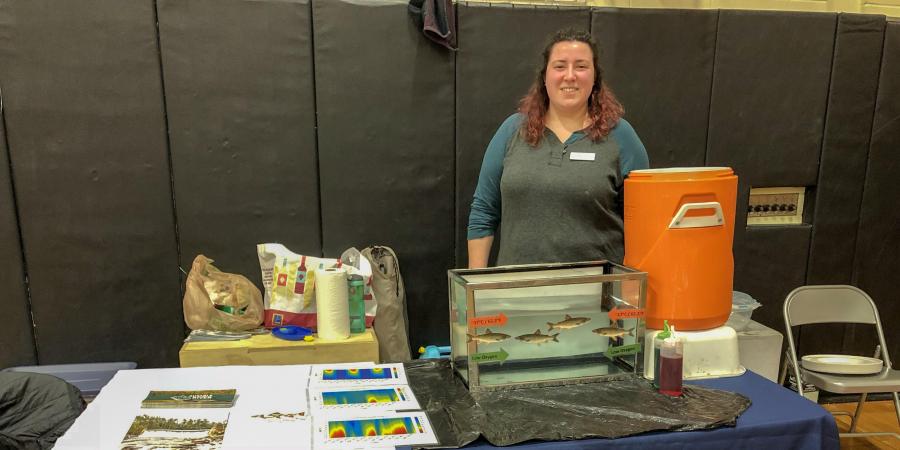 AsRA Makes Salt a Hit at the Science Slam

The Keene Central School Super Scientific Science Slam is an event that showcases KCS K-12 student science projects. Local organizations participate with information to share and demonstrations that show science in action. On May 8th, River Steward Nicole attended the 7th Annual Science Slam and brought a demonstration that showed the effects of stratification on lakes impacted by road salt. 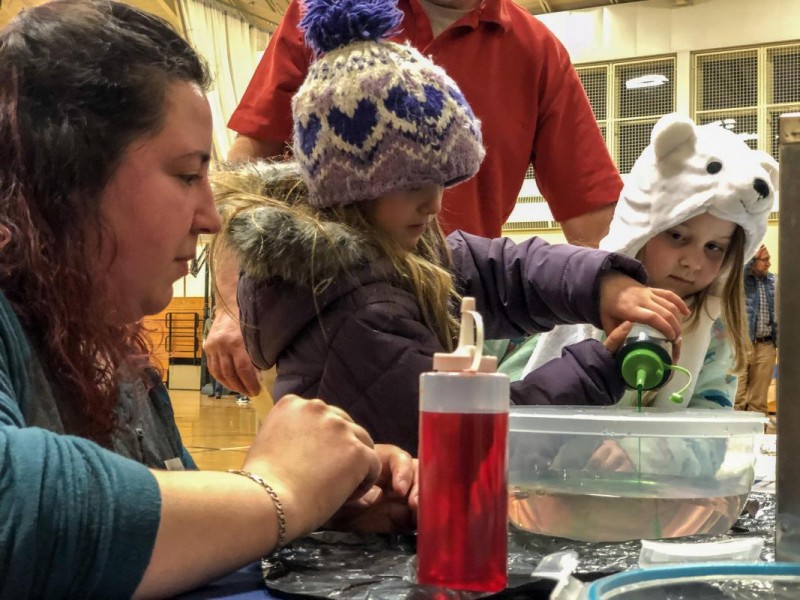 For the mini hands-on demonstration, kids added two types of “stormwater” to a “lake” and then added energy to the system by gently shaking the bowl to simulate lake turnover and mixing. 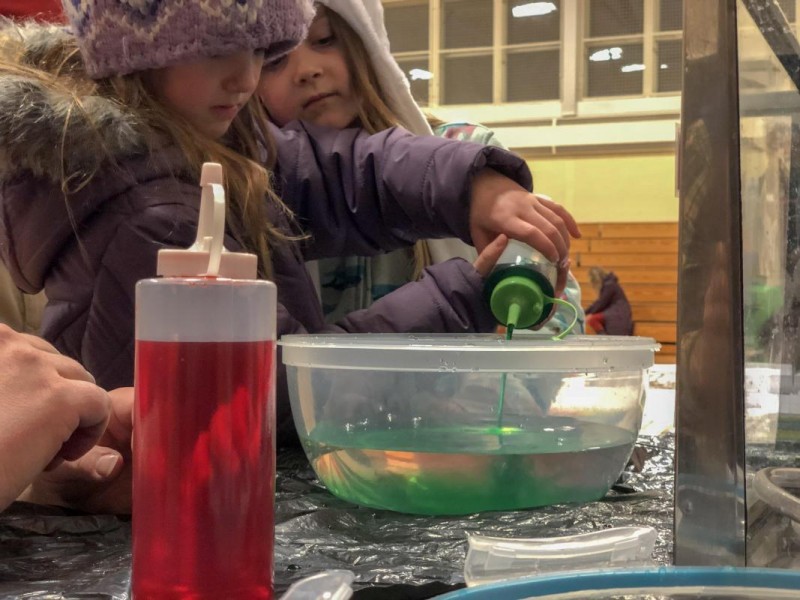 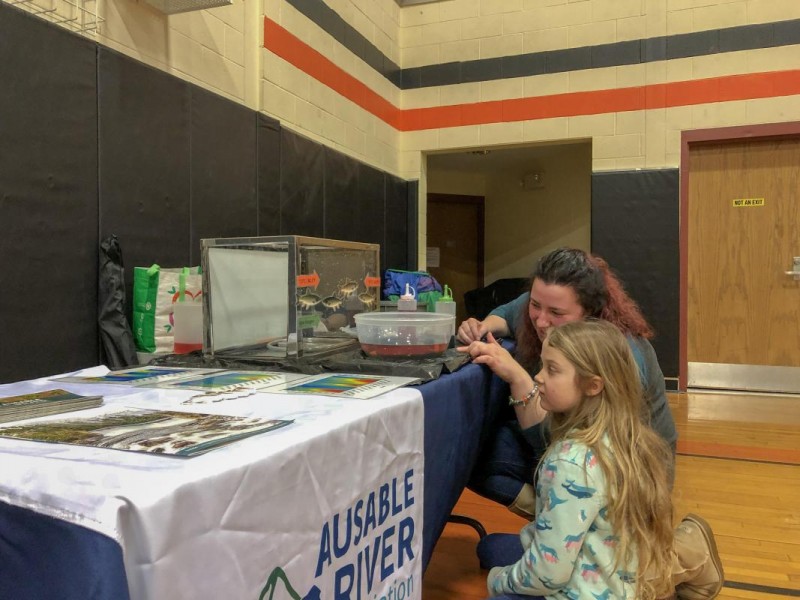 The green water sank to the bottom of the bowl, forming a clear layer. When the kids mixed the bowl with the same energy as before, the layer did not mix. It took a lot more shaking to get the green water to mix completely. 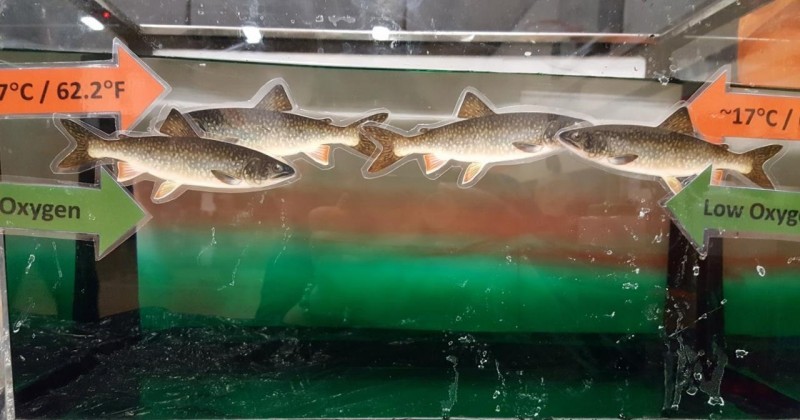 This mini demonstration, and the large one shown above, show that runoff containing road salt sinks to the bottom of lakes. The higher density of this salty water impedes lake turnover because a much larger amount of energy needs to be put into the system to mix the lake throughout the entire water column. A lack of mixing means that oxygen is not distributed throughout the water column, and anoxic conditions can occur at the bottom of the lake, reducing available habitat for aquatic organisms like Lake Trout. AsRA is currently conducting research on the effects of road salt to Mirror Lake, and we enjoyed bringing the knowledge we have to the Science Slam and presenting it with cool demonstrations.