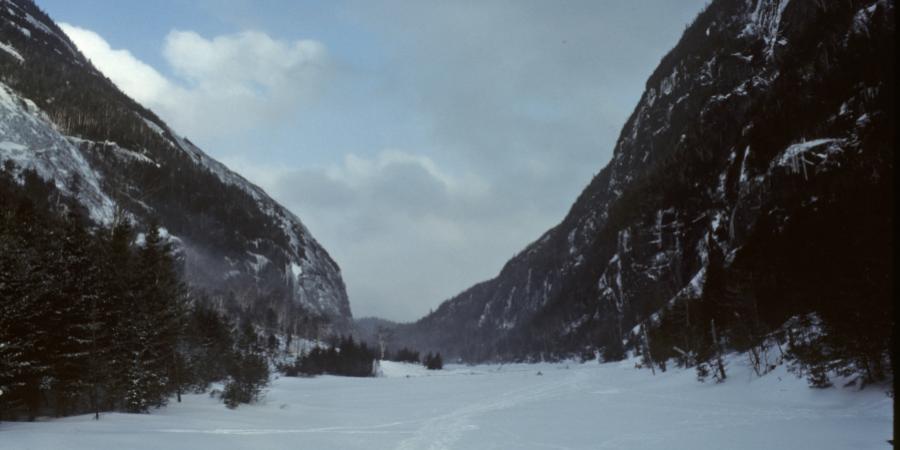 In the early 1980's a battle to change the course of history took place at the headwaters of the Hudson and Ausable Rivers. In the Adirondack High Peaks Wilderness Area, at a place known as Avalanche Pass, two trail crews toiled, altering the historic sources of the two great rivers and causing great concern with the hikers visiting there.

Avalanche Pass forms the watershed divide between the North Flow (waters flowing into the St. Lawrence River, in this case through the Ausable River) and the South Flow (waters flowing into the Hudson River). At the top of the pass a small stream of water from the slopes of Mt. Colden cascaded over a rock wall. To the many people hiking through the area, the flow was known as Trickle Falls. By a fluke of nature or by the hands of an early Adirondack guide, the waters from Trickle Falls flowed into both watersheds. Yet, for a period of time in the 1980's the phenomenon was changed. 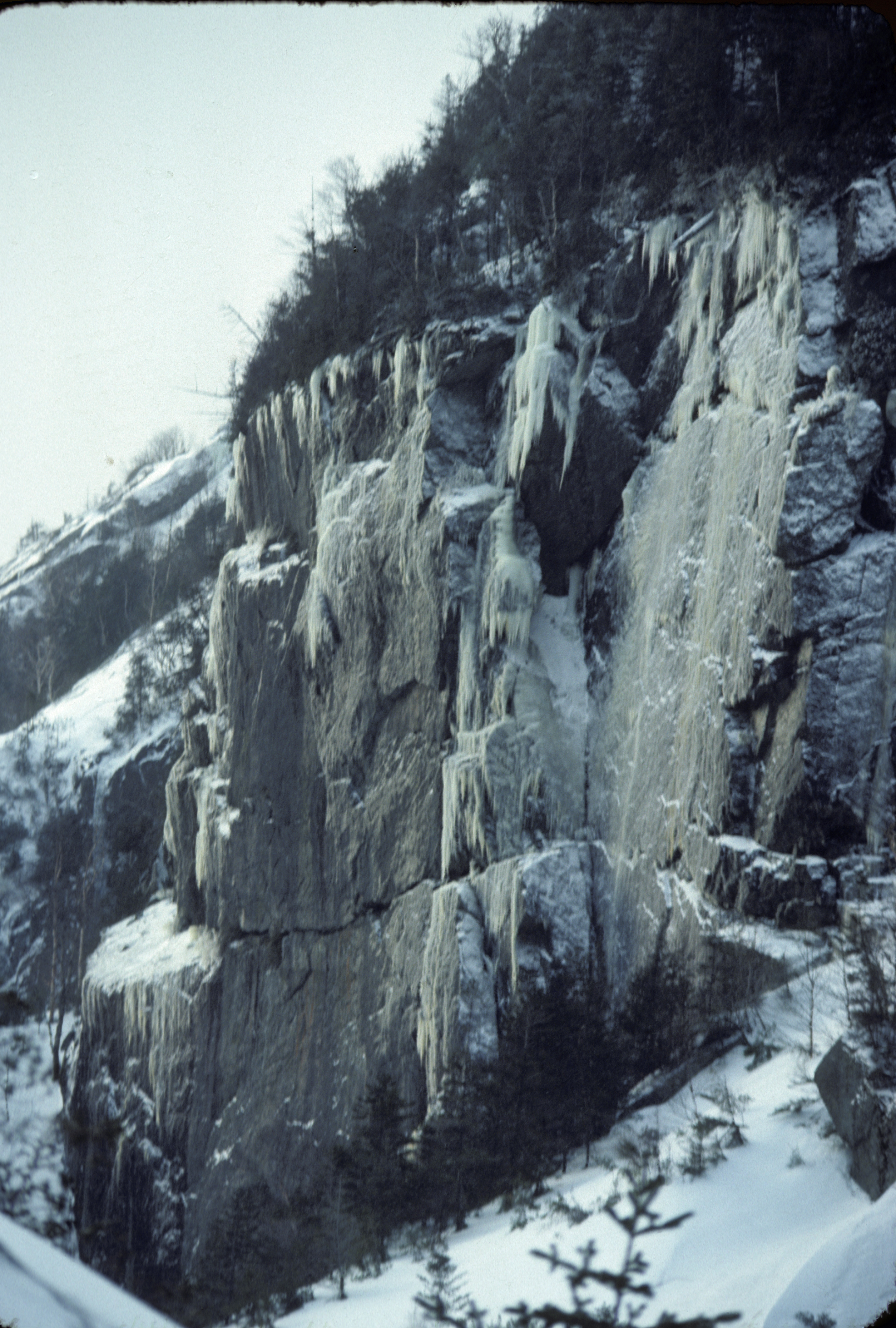 The Adirondack Mountain Club (ADK) was quite concerned about the condition of hiking trails in the High Peaks of New York. They studied the work being done in the White Mountains of New Hampshire and patterned a plan to improve the trails in the Adirondack Peaks. In those early years, the trail crew leader for the ADK was Hank Duke, a tall, strong, young man with flaming red hair. He devoted himself to hard work and his efforts soon resulted in noticeable improvements along the major hiking corridors.

In the second or third year of the program, it happened that Hank's crew was assigned to rehabilitate the trail through Avalanche Pass. At the top of the pass a major erosion problem was discovered. Large quantities of water were flowing directly down the trail causing severe erosion and resulting in siltation of pristine Avalanche Lake. To Hank the solution to the problem was easy. Go to the source of the flow and divert it. The source turned out to be Trickle Falls. At the base of the falls Hank built a heavy-duty rock diversion wall. This solved the problem, but inadvertently Hank Duke had changed history. The water now poured only into the North Flow.

Hikers soon discovered that the dual flow of Trickle Falls had been changed. Their outrage prompted the NYS Department of Environmental Conservation (DEC) to send a crew to restore the former flow. The situation was soon corrected with the dual flow restored, but not for long. Hank discovered that someone had destroyed the diversion wall his crew had worked so hard to construct. He was not a happy person. Another wall was built. Complaints arose again. DEC crews were dispatched once more. Thus, the pattern was set. It took some time for the combating trail crews to figure out that they were working against each other. 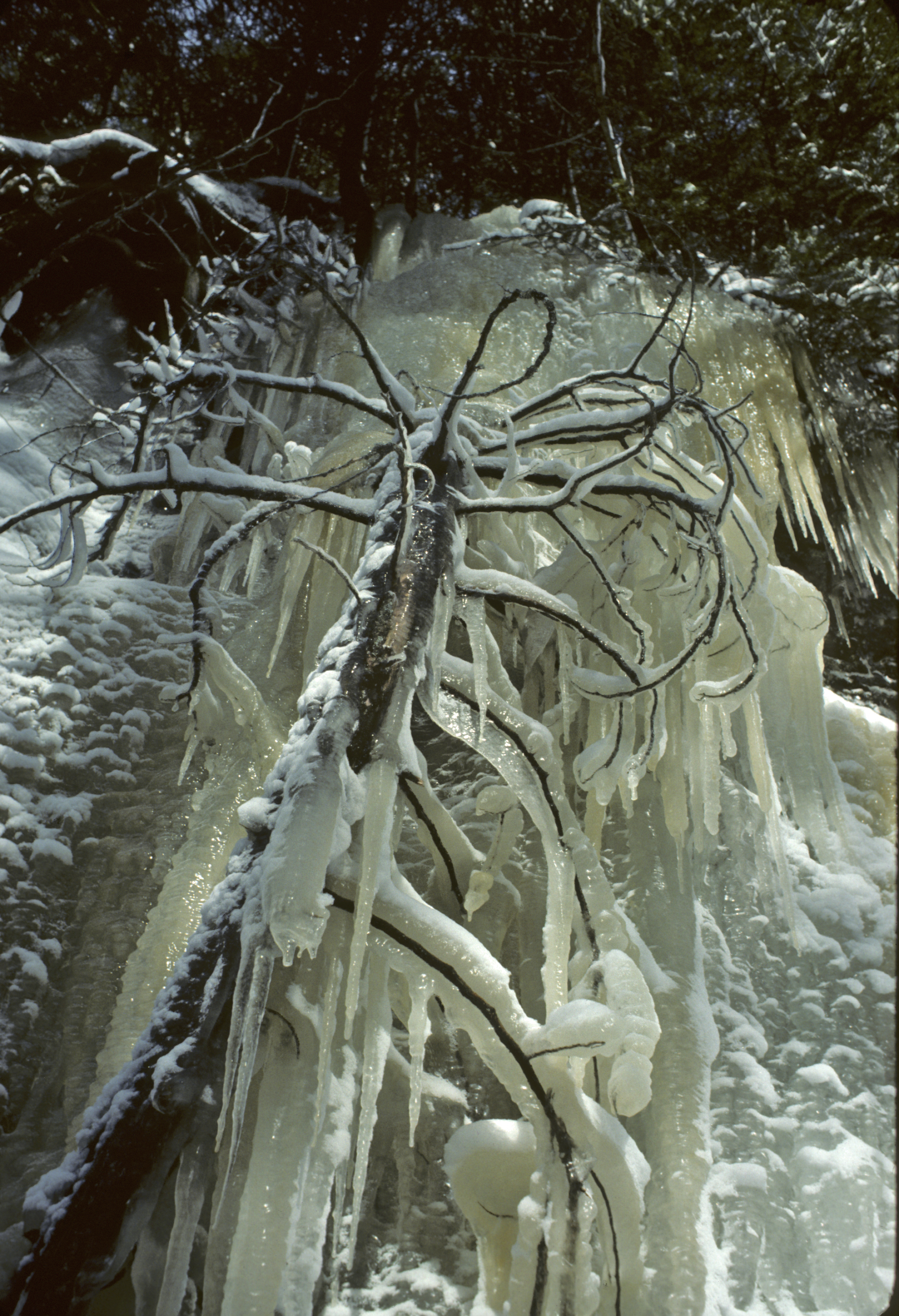 The trail crew battles of Avalanche Pass are long over. For many years the water again flowed in both directions. It was not noticeable, but a carefully constructed ditch kept the South Flow water off the trail. The tradition of Trickle Falls had been preserved and environmental quality restored. For those who know the story, this place in Avalanche Pass is now referred to as Duke's Divide.

But nature was to have the last say in the matter. In the autumn of 1999, Hurricane Floyd arrived dumping massive quantities of rain on the slopes of Mt. Colden. The steep rock incline above Trickle Falls could not handle all the water. A huge mass of mud and trees suddenly let loose, sliding down the rock face and coming to rest in the middle of Avalanche Pass. Today the open rock can be seen for miles and has become popular with back country skiers, but Trickle Falls is gone forever, and thirty feet of debris block the South Flow. The course of history changed in an instant. The beauty of nature sometimes lies in its destructive force. 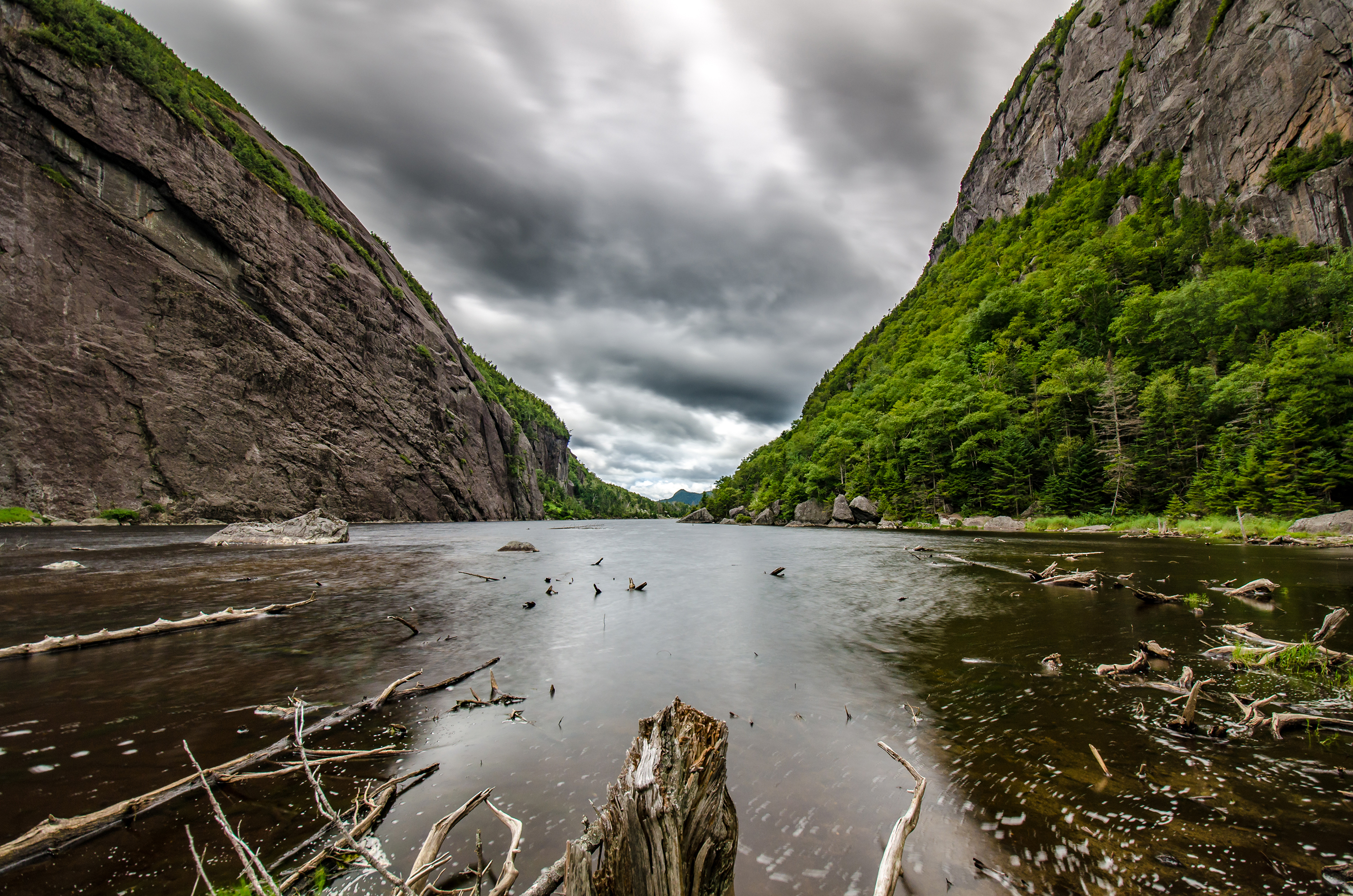 Rise to the Summer Challenge
Your generous donation will be matched dollar for dollar.