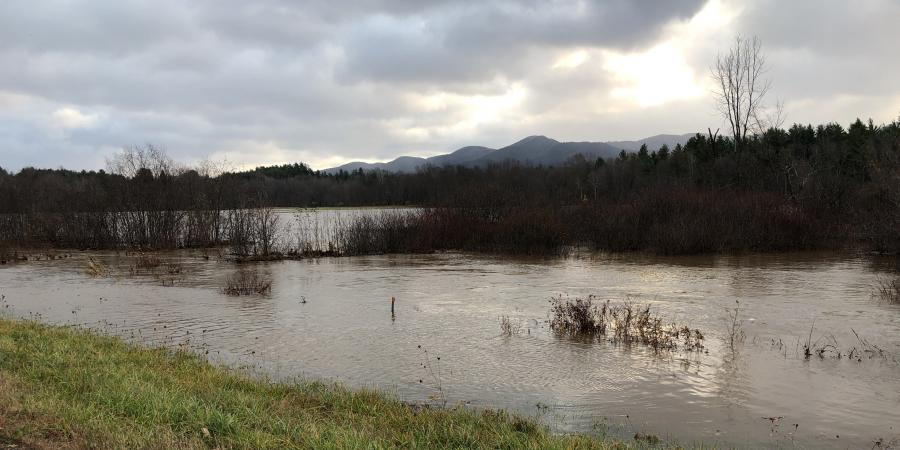 Why Do Rivers Flood?

Flooding occurs when the flow of water in a stream increases to the point of filling the channel and overtopping its banks. In a healthy, balanced river, a bankfull flood – when flows just begin to spill out of the channel – moves small sediment efficiently to floodplains and sorts larger materials along the river's bed and banks. It's a natural process essential to how rivers construct and maintain their form – keeping pools deep to cool water and provide habitat, rebuilding riffles that maintain channel slope and stability, and slowly eroding and rebuilding a winding channel path to maintain river geometry.

When rain falls somewhere in a watershed, an amazing amount of water moves downhill. More than half of it is retained by soils to be used by plants or it seeps into groundwater storage, where some of it will recharge streams. The rest moves into a series of small then increasingly larger stream channels. A stream system's capacity to contain the majority of rain events or snowmelt is very high. Since rainfall is not distributed equally across a watershed, a stream channel can be bankfull in one part of its system and well below capacity in another. High flows also move through a system, with water levels rising in one location as storm flows arrive, then falling as they move downstream. 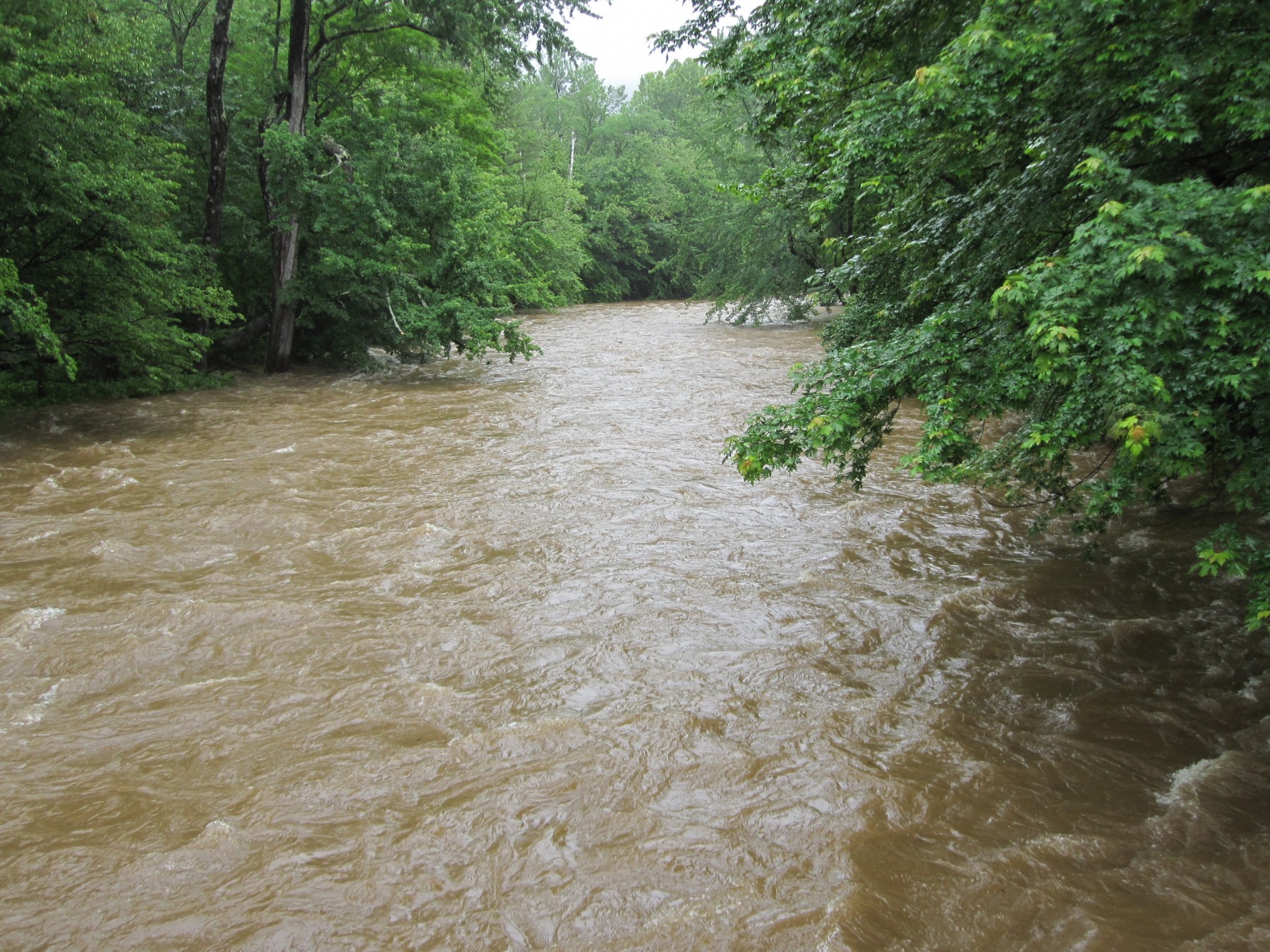 On most days of the year, only the deepest part of the channel carries water. Several days a year, the channel is three-quarters full, and once every 12 to 18 months or so, the channel is at or near bankfull. Larger floods, where the volume of water increases, causing water to rise onto floodplains and encroach on higher ground, are even less frequent.

On the East Branch Ausable River, the U.S. Geological Survey stream gage at Au Sable Forks has maintained a consistent record of flows since 1924. Studying the river's flow in relation to the gage (see the graph below), we know that a bankfull flood carries about 5,600 to 6,000 cubic feet per second (cfs) of water (marked by the yellow line). The National Weather Service considers this a minor flood. When flows reach 9,500 cfs at this gage site, the flood is listed as moderate (the red dashed line), and at approximately 14,000 cfs, it is considered a major flood (the solid red line). The graph shows the highest flow event each year. While more than one moderate or greater flood can occur in any given year, it is rare; 2013, 2011, 1996, 1983, and 1979 are the exceptions and only the largest flood is plotted for these years. What's notable about the graph is how few moderate and major floods have occurred. (2013 saw two barely moderate floods; 2011, two major floods, one of which – the result of Hurricane Irene – logged in at over 31,000 cfs; 1996, two major floods; 1983 and 1979 each had one moderate and one major flood. Additional bankfull floods also occurred in several years where a larger flow is noted.) Most flooding is at, just below, or just over bankfull. This is no accident: the river channel is constructed by the river. 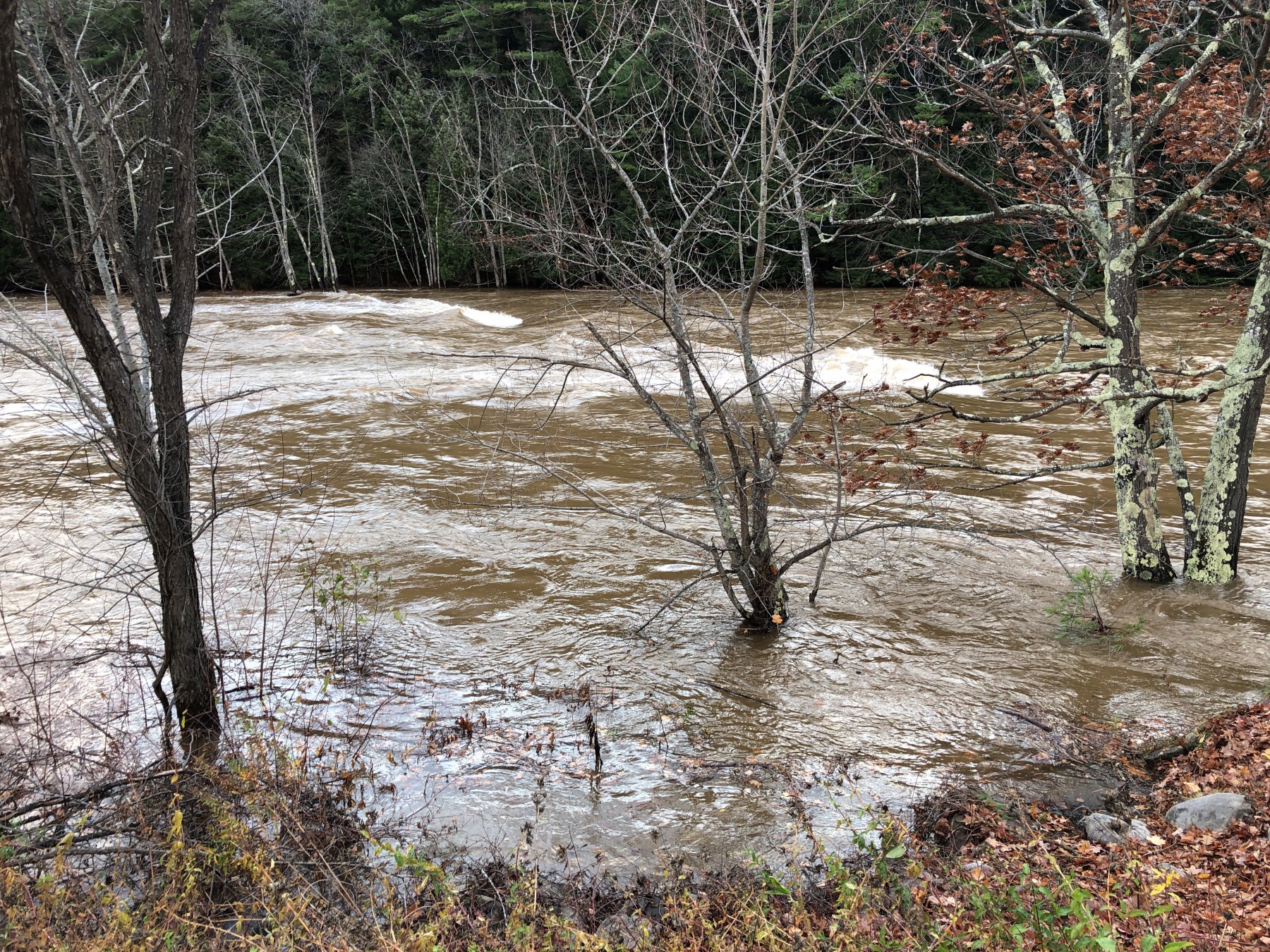 Flooding raises concerns where floodplains formed and used by rivers have been developed for human use. Crop farmers have known for millennia that the soils alongside rivers are valuable for farming. Early settlements hugged rivers for proximity to water for everyday use and for carrying waste. Industries harnessed river flows to run machinery and transport resources. Communities large and small grew alongside rivers and built transportation infrastructure alongside. Flooding, essential to stream health and structure, can become, in these cases, destructive to homes, businesses, infrastructure, and lives.

Few quick fixes exist to reduce flood risk for communities and infrastructure in floodplains used for overflowing waters during minor, moderate, and major floods. Berms and levees require costly, continuous care and only push problems downstream. Long-term solutions include ensuring that undeveloped floodplains remain able to take on flood flows, reducing the quantity and force of water moving downstream. Finding ways to support willing landowners in removing vulnerable development from floodplains is a pressing goal in many communities. 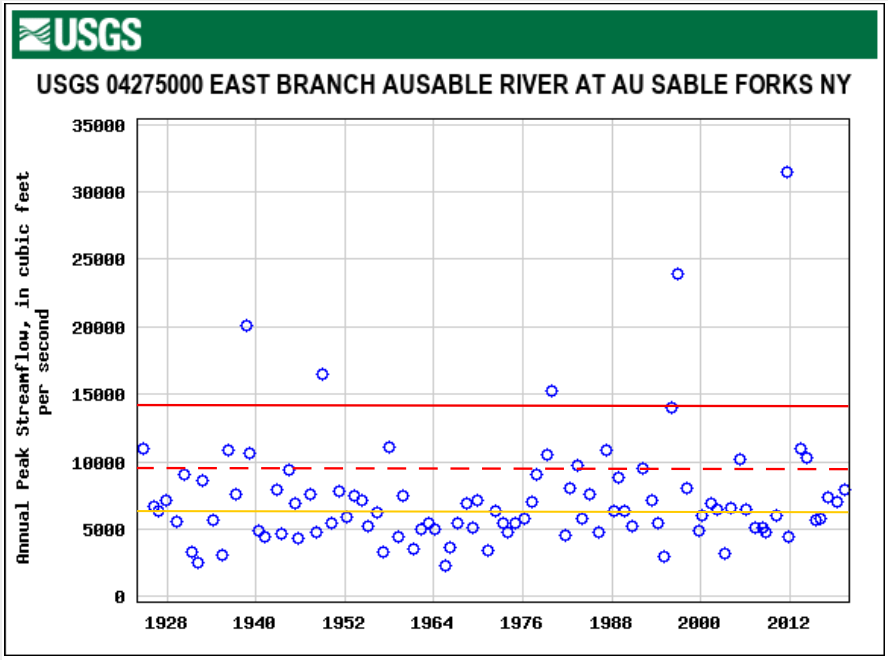