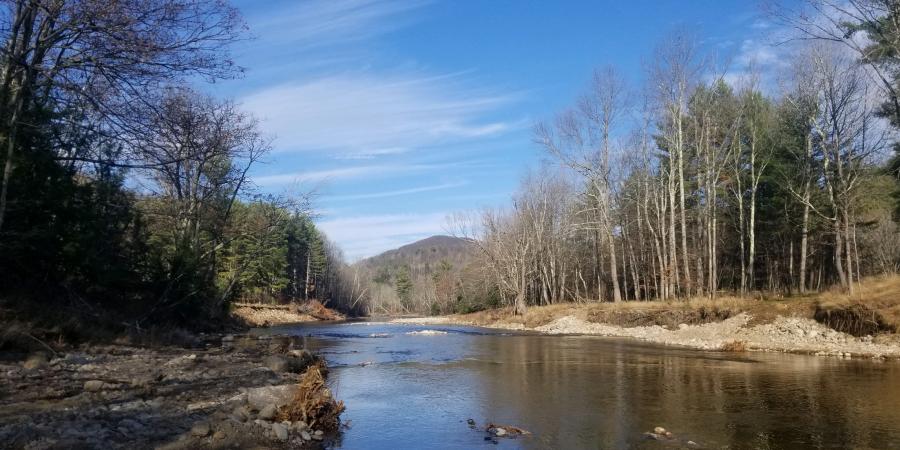 What Language Do Rivers Speak?

Geomorphology. I first heard the term when registering for classes in my undergraduate geology program at Kent State University. I was 19 years old. Geomorphology, from the Ancient Greek words for earth, form, and study, is a requirement in many geology degree programs. I remember spending countless hours poring over maps, meticulously measuring slopes and other features, plotting landscape profiles, and making calculations. I also remember feeling like I was learning a foreign language. Geomorphology was like Greek to me, and I saw it as just another degree requirement that would soon be behind me. I struggled with the comprehension of "deep time" (a term used by geologists to describe the immense passage of time on Earth) and the collection of processes that act on a landscape to pick it apart, piece by piece, to form a river valley, for example. It takes time to grasp these concepts, and it would be a few years before I developed an interest in a particular sub-discipline of geomorphology. 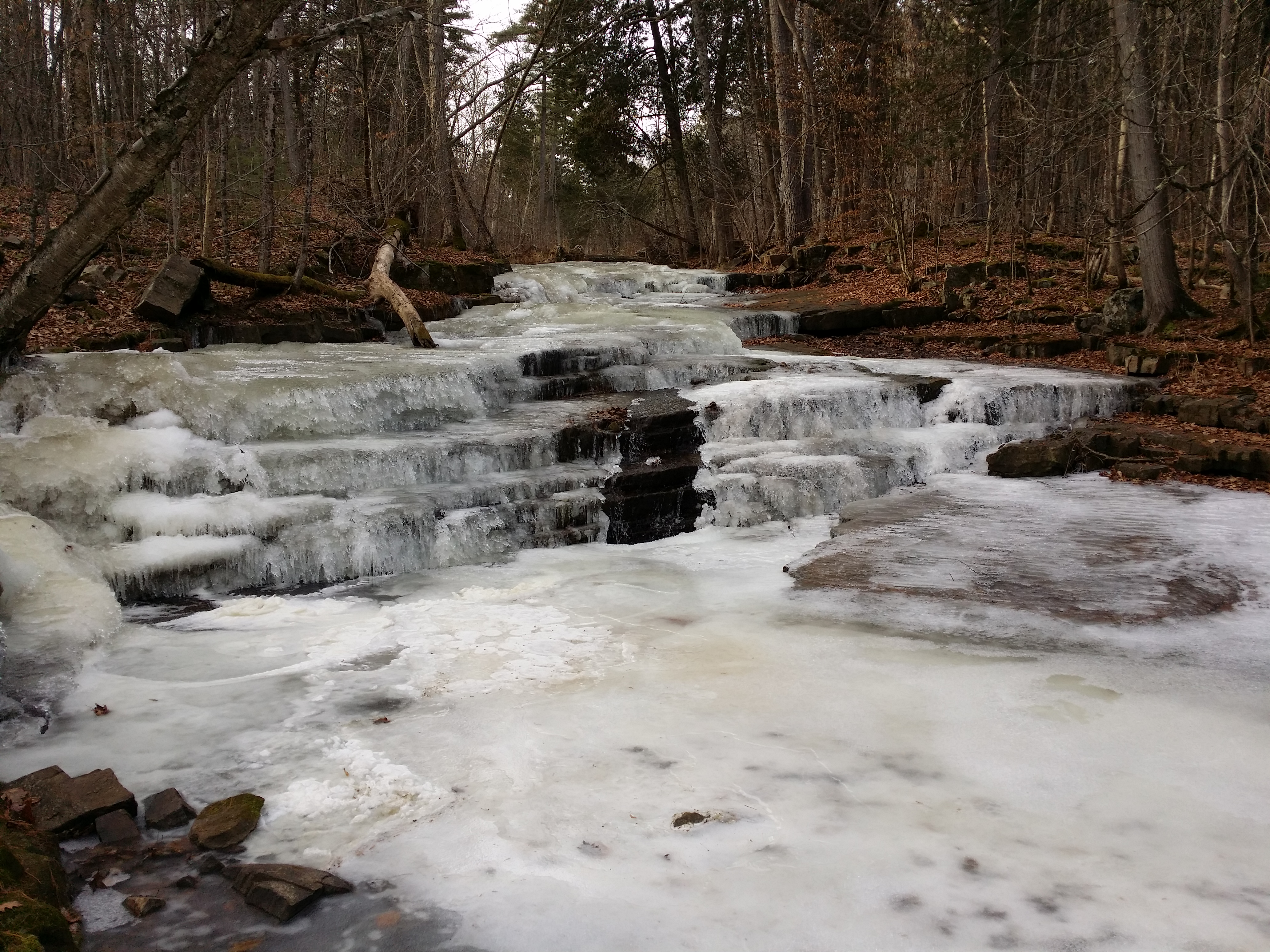 I was in graduate school for geology when I had my first exposure to fluvial geomorphology in the field. My thesis advisor had the funds to hire an assistant on a geomorphology survey of a small stream in a rapidly urbanizing area of the Dallas-Fort Worth Metroplex. The addition of impervious areas (parking lots, rooftops, etc.) had altered the way that water from precipitation moved across the landscape. Less water was infiltrating the ground; more water was running off, which was increasing the amount of water that this small stream was forced to carry. If you make a stream carry more water than it was accustomed to, the stream responds by changing its form. It could scour its streambed and deepen its channel. The deeper channel can destabilize streambanks causing them to collapse, widening the channel. These are natural responses allowing the stream to accommodate its changed environment. However, these natural responses can become problematic for buildings and infrastructure like roads, bridges, and buried utilities. Fluvial geomorphologists can use their understanding of these forms and processes to help solve some of the problems associated with our attempts to co-exist with flowing water.

I was hooked. Hacking through the dense riparian corridors of Texas streams, slogging through pools of stagnant water, swatting mosquitoes, and extracting bloodthirsty ticks after a day spent walking a stream channel were all part of the learning process for a budding fluvial geomorphologist. At times, learning a new branch of science can feel like speaking a new language. There is the terminology: bankfull discharge, meander geometry, riffles, pools, etc. In the field, a fluvial geomorphologist must learn to identify these and many other features on rivers and streams. This means spending long hours under the guidance of an experienced practitioner. Over time and with much practice, you begin to look at rivers differently than you did before. In a sense, you are learning how to interpret what the river is trying to tell you.

For someone with an inexplicable fascination with flowing water, studying fluvial geomorphology gives you a path to understanding and appreciating what rivers can tell us. They inform us about the landscape that supplies their water. They can show us how they will respond to a changing climate. When we better understand the things that rivers are telling us, we can use this knowledge to help restore damaged areas and protect infrastructure. The language of rivers is complex with many regional dialects based on geologic and climatic differences. There is more to the language of rivers than what fluvial geomorphology can decipher, but it is a critical component of any effort to understand the things that rivers say.

Here in the Ausable River watershed, the geomorphology is a complex mix of our recent glacial past overprinted with thousands of years of fluvial processes since the end of the last ice age. To further complicate things, the uplift of the Adirondack Dome and the north-northeast trending fault and fracture systems exerted significant control over the drainage patterns that developed as the glaciers receded. Human factors, like the historic clear-cutting of timber and the channelization and damming to accommodate log drives, have also left their mark on the river we see today. At the Ausable River Association, our work in the Healthy Streams program aims to interpret this complexity and then use this knowledge to inform our responses to what the river is telling us. 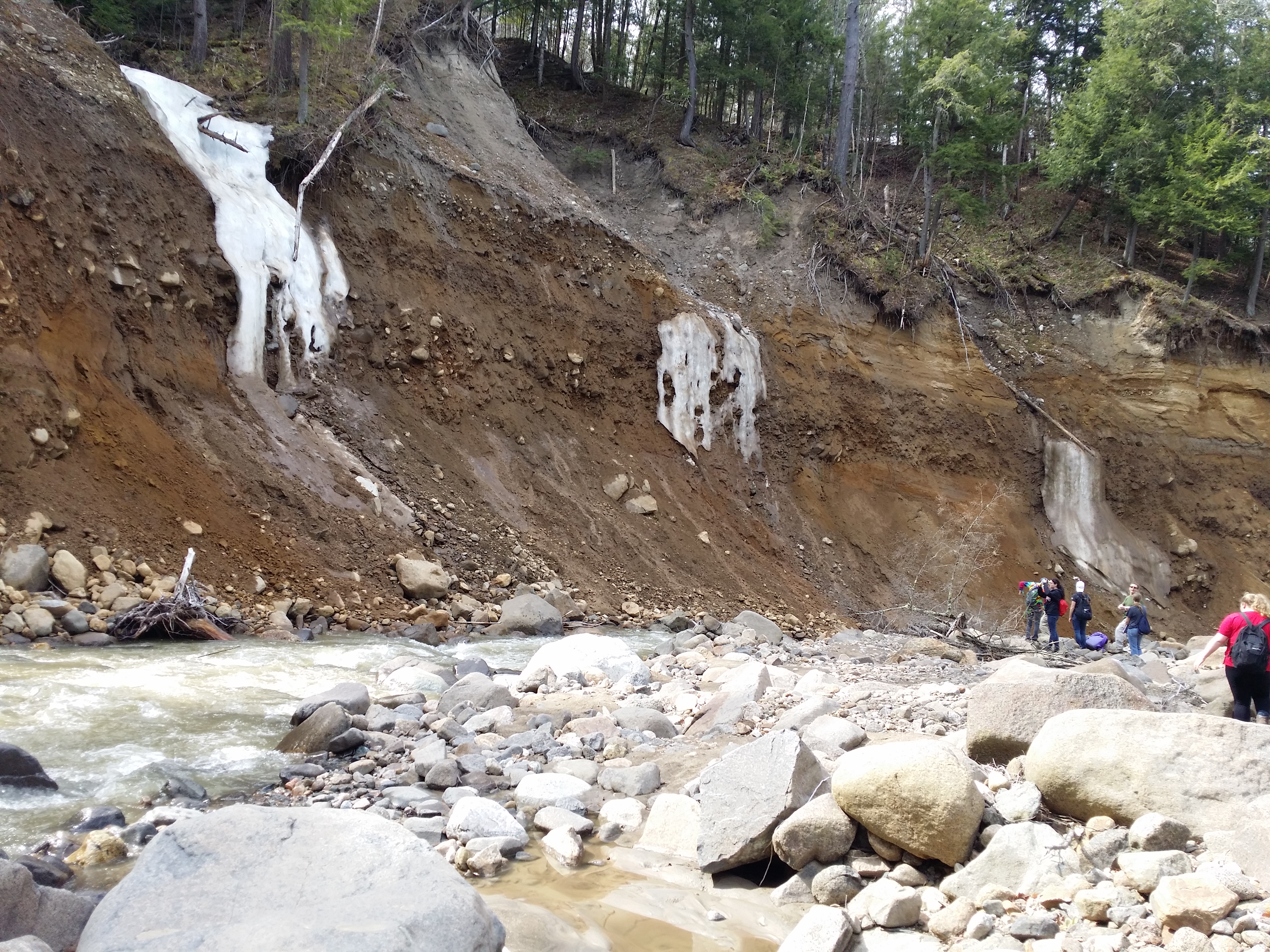 Story written by Gary Henry, Stream Restoration Manager. Sign-up for our e-newsletter to get weekly updates on the latest stories from the Ausable River Association.