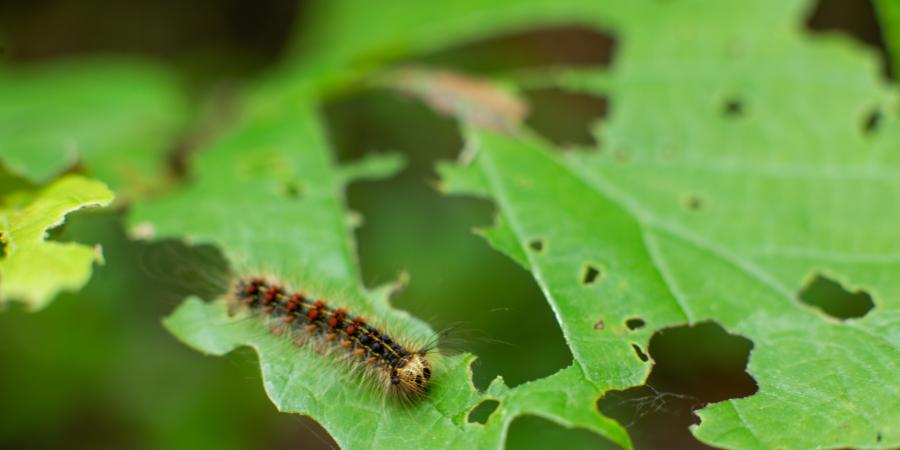 What's Up With the Spongy Moth?

In the Ausable River watershed, we have an invasive insect known as spongy moths. You may find their egg masses on trees, see the tattered remains of devoured leaves strewn about the ground, or notice the little brown larva that seemingly fall from the sky. But what are these little insects, and why are they so detrimental to our forest ecosystem? Read on to learn more! 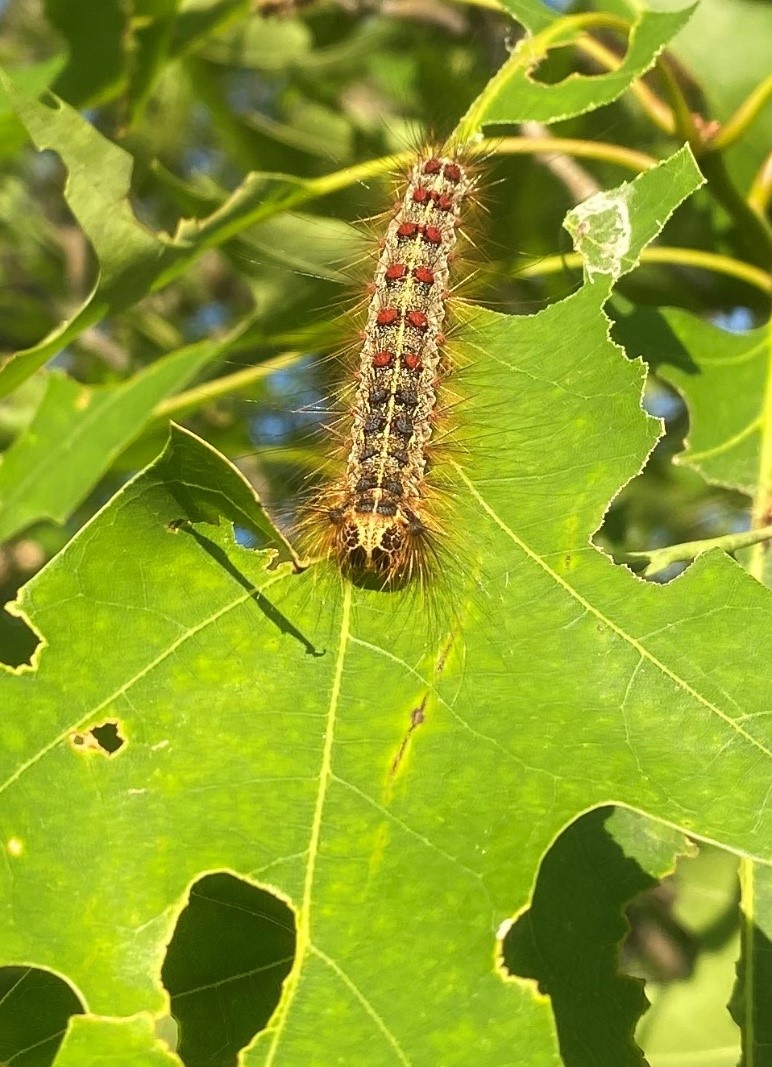 What are spongy moths?

Spongy moth, formerly known as gypsy moth, is an invasive species of Lepidoptera (the taxonomic order of butterflies and moths) found across the northeastern United States and is one of the most destructive insects in North America. Spongy moths feed on the leaves of over 500 species of deciduous trees but prefer oaks. Studies have shown that forests composed of at least 50% oak species are twice as likely to be attacked by spongy moths than forests with less than 50% oak. Nationwide, spongy moths defoliate approximately one million acres per year, causing upwards of $800 million in damages.

How did spongy moths get here?

Originally native to Europe, spongy moths were brought to Massachusetts in the mid-1800s as a potential producer of silk. As a generalist species that reproduces quickly and in large numbers, they quickly spread beyond silk farms and invaded nearby forests. Spongy moths are now found throughout the northeastern US. The population is slowly expanding westward and, unless management efforts become more effective, may soon occupy up to four times its current range and distribution in the US. 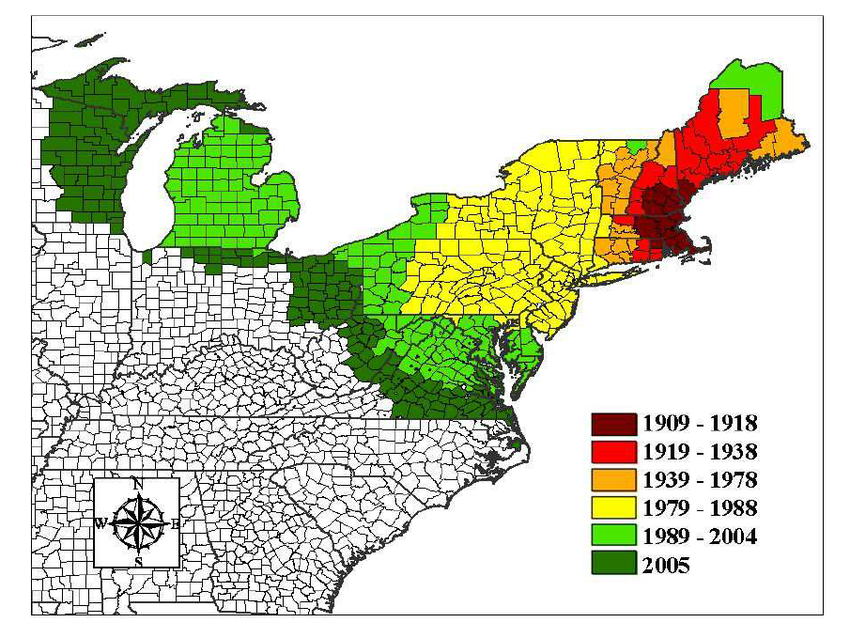 Distribution and range of spongy moth in the US. Graphic by Michael Mcmanus and György Csóka.

Why are spongy moths an issue?

Because spongy moths can defoliate large swaths of forest in their larval stage, the productivity of hardwoods in these forests experience reduced growth and increased susceptibility to disease. This affects the tree composition of the forests. Dominant oak trees are defoliated and killed leaving other species such as red maples to grow rapidly and replace oaks as the dominant species. This, in turn, can affect resident populations of mammal species that rely on acorns as an important food source, such as deer, mice, and squirrels.

Support our biodiverse habitats work for wildlife and their habitats. Give with confidence today!

Why have spongy moth been so bad these past few years? 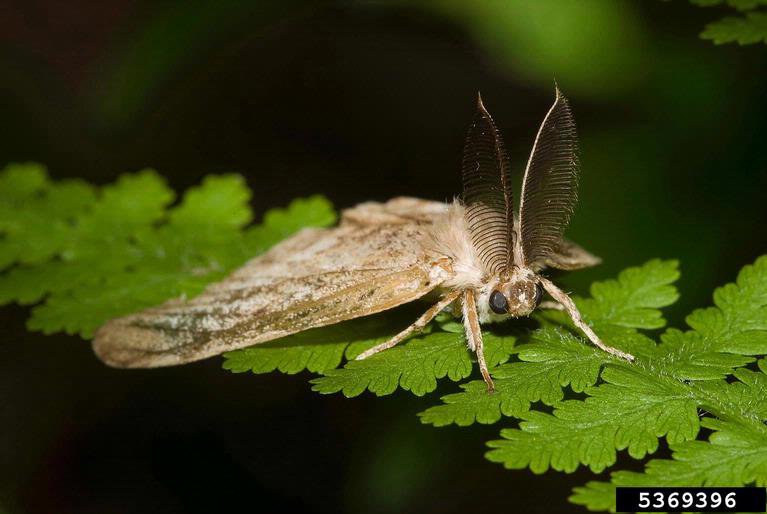 How can you help?

You can help prevent the spread of spongy moths by following the New York State regulations that prohibit the transport of firewood. By buying and burning your firewood locally, you can avoid spreading spongy moths, and other invasive species, from infected areas to non-infected areas. You can also help by removing spongy moth egg masses on trees on your own property. Your Support = Solutions!
We need your help to reach our 2022 summer fundraising goal!